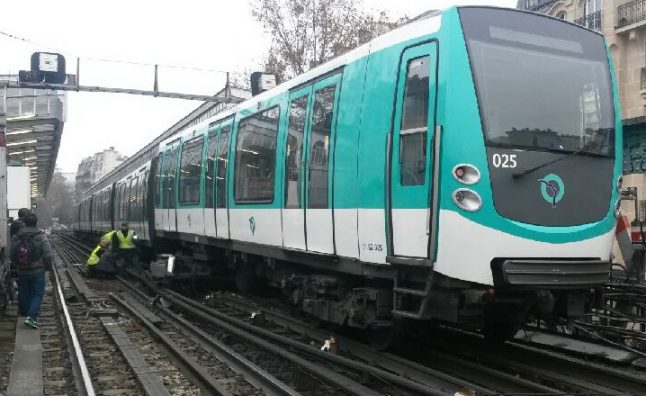 Photo: RATP
The carriage derailed close to the Barbès-Rochechouart station in the 18th arrondissement of Paris, at around midday on Friday.
As a result transport on Line 2 was cut in both directions between the Père Lachaise and the Blanche stations.

Emergency services were quick to the scene, although there were no injuries reported.
Paris transport chiefs RATP said the wheels of the back carriage came off the tracks in what it described as an “exceptional incident”.
The RATP estimated that the line would be running as normal by 8pm on Friday (see tweet below).