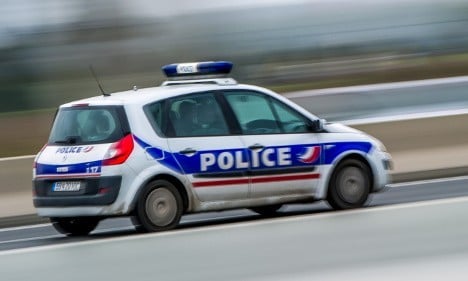 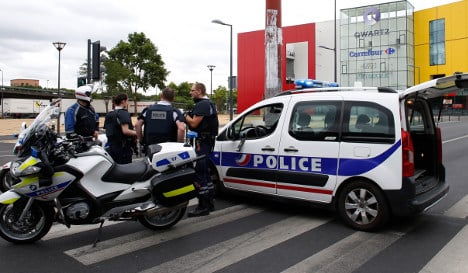 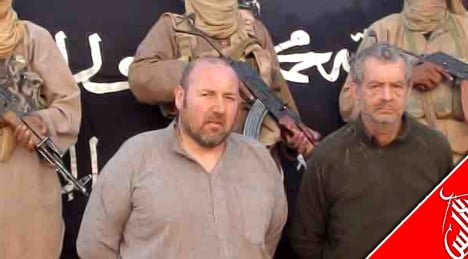 An undated handout image released AQMI shows French nationals Philippe Verdon (R) and Serge Lazarevic (L) being held by AQMI Photo: AFP
"Our hostage Serge Lazarevic, our last hostage is free," Hollande said. "There are no more French hostages in any country in the world."
Lazarevic, who has dual French and Serbian citizenship, was the last French hostage still being held worldwide, after hiker Herve Gourdel was abducted in Algeria and beheaded in September by Islamic State-linked militants.
Several French citizens have been kidnapped in recent years, mostly in Africa where up to 15 were held in 2013.
Lazarevic was accompanying Frenchman Philippe Verdon on a business trip when they were both seized by Al-Qaeda in the Islamic Maghreb (AQIM) on November 24, 2011.
Verdon was found shot dead last year and Lazarevic had last been seen in an AQMI video in November in which he said he was gravely ill and believed his life to be in danger.
In a statement from the Elysée Palace, Hollande said he was pleased to announce the release of Serge Lazarevic, who was kidnapped in Hombori in Mali on November 24th 2011 and held hostage in the Sahel for more than three years.
"Serge Lazarevic will travel to Niamey and then France," the statement said. "He is relatively healthy, despite the very harsh conditions of his long captivity. He will be quickly repatriated to France."
Hollande thanked the Nigerien and Malian authorities who worked for this positive outcome, including the President Issoufou and the President Keita "for their personal involvement."
"The President of the Republic shares the joy of the family of our fellow citizen who endured the anguish of this test."
Hollande also saluted the memory of Philippe Verdon, another French hostage who was abducted with Lazarevic, but was murdered by his captors.
Questions will now inevitable be asked whether a ransom was paid to Lazarevic's captors to secure his release.
France always strenuously denies that any money is exchanged hands but a report earlier this year in the New York Times suggested Paris was the biggest payer of ransoms for hostages.
France has paid out $58 million to free hostages since 2008, putting it top of the world rankings for ransom payments, according to the report.
Although the French government angrily denied the claims, critics says the policy is creating a lucrative hostage industry.

With Lazarevic now released the French government can expect to be posed the same question once again. 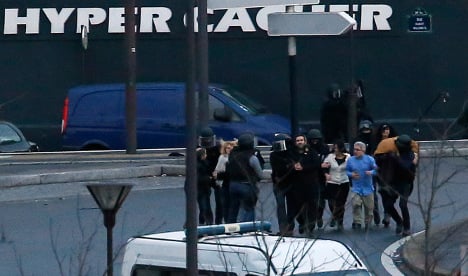