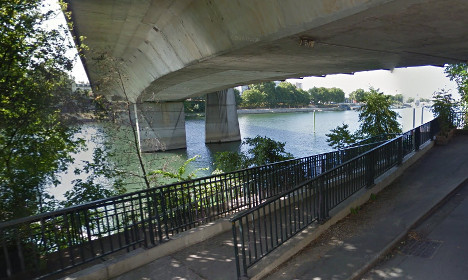 Photo: Google Street View
The man had been pulled over for a routine check in Clichy-la-Garenne to the north of the city, reported Le Parisien newspaper.
However, rather than handing his papers to the officers, he scrambled out of his car and leapt into the Seine River at around 3.40am.

Desperate to evade capture the man then swam for one kilometre along the river, before getting out in the next town along, Île-Saint-Denis.
His efforts, however, were in vain, and the police were waiting for him when he left the water.
He was promptly arrested and was admitted to hospital for the night.
The man still refused to reveal his identity to police, the paper reported.