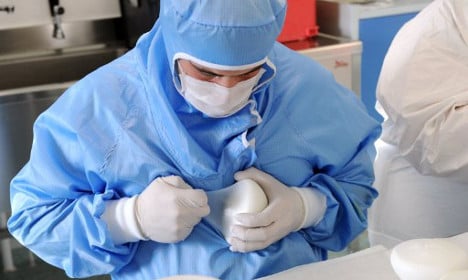 How to fix the smoking issue?
France is well aware of its smoking problem, rolling out anti-smoking campaigns, banning cigarettes from public places, increasing the prices of cigarette packets, and introducing plain packaging.
The OECD noted, however, that these efforts need to be “strengthened” if France wants to cut back further.
The good news is that the figures for the number of smokers have dropped since the last similar study in 2000.
Higher than average drinking rates
The French love a drink, it seems, taking in 11.5 litres of pure alcohol each year, on average.
The EU average was 10 litres, and just 9.4 litres in the UK.

How to cut back on the drinking?
The OECD said it was “essential” to cut back on advertising for drinks. It noted as well that France has a lower level of tax on alcohol than many EU countries.
“Effective prevention policies need to be relentlessly pursued to reduce risk factors, especially among teenagers before they pick up bad habits,” said the OECD's head of health Francesca Colombo.
Better than average obesity rates
France squeezes under the EU average when it comes to obesity, but only just. A full 15.3 percent of the nation classifies as obese, compared to 15.9 percent
The definition of obesity is a Body Mass Index of 30 or over.

Unfortunately for France, this figure has swelled since 2000 when the figure was close to 10 percent.
In the UK, 20.1 percent of the country were obese, whereas the Italians came in at just 10.3 percent.
French teens lag behind in exercise
In a study of 15-year-old French people, the OECD found that only 6 percent of girls performed an hour of physical activity each day. For the French boys, the figure was 14 percent.
Both paled in comparison to the EU average of 10 percent for the girls and 20 percent for the boys.
Poor stats on flu and measles vaccinations
Some 48.5 percent of French people over the age of 65 are vaccinated against the flu, while the figure is 53.5 percent across the EU.
And 11 percent of French children still aren't vaccinated against measles, compared to an EU average of 6 percent. Solution to the lack of jabs?
The OECD says that the lack of vaccinations comes from an unjustified distrust of doctors.
It encouraged people to have their shots, noting that not doing so “increases the risks of hospitalizations and deaths among the elderly”.
Expensive healthcare
While French healthcare is generally considered to be among the best in the world, it's also expensive to run.
In fact, 11 percent of GDP is spent on health, putting France at the third biggest spenders on health in Europe (after Germany and Sweden).
Long average hospital stays
Those admitted to hospital in France stay for an average of 10.1 days, the second-highest figure for Europe (behind Finland).
The OECD recommends that this could be cut down by a higher focus on having more outpatients, rather than admitting them for long periods of time.
For example, just 23 percent of tonsillectomies in France are done in one day, compared to 85 percent of cases in Finland and 50 percent in the UK.