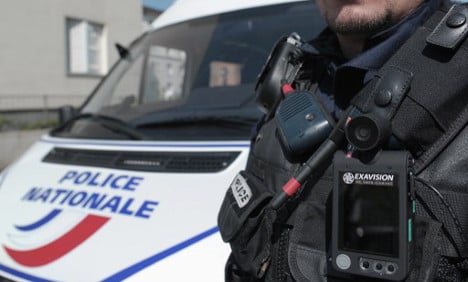 A police officer in Strasbourg. Photo: AFP
Seven men were arrested in eastern France's Strasbourg and the southern city of Marseille in major counter-terror raids at the weekend.
While two of the men have since been released, another has reportedly revealed details of the terror ring's plans.
He told investigators that the would-be terrorists planned to attack a police headquarters in Paris.
BFMTV reported that the cell wanted to target the main Paris police HQ at 36 quai des Orfèvres or the headquarters of the internal intelligence services DGSI in Levallois-Perret.
Internet history searches at the men's apartments revealed plans to attack an unnamed theme park and a Catholic place of worship, a police source told the iTele channel.
The mayor of Strasbourg has said the interior ministry indicated the targets were in the Paris region rather than in his city, which will open a major Christmas market this Friday.
Police reportedly found a letter of allegiance to Isis at the home of one of the men, while another is said to have been storing two handguns, an automatic pistol, a machine pistol and jihadist propaganda.
One is understood to have been a school teaching assistant in Strasbourg, and is believed to have travelled to Syria in the summer holidays of 2015 before returning to Europe. He was reportedly joined by another of the suspects.
France is under a state of emergency that gives security forces enhanced powers to mount surveillance and launch raids, a year after the attacks by Islamic State jihadists on Paris that left 130 people dead.
France has suffered three major attacks since January 2015 when gunmen targeted the Charlie Hebdo satirical magazine and a Jewish supermarket, followed by last November's atrocities in Paris.
In July, a self-radicalised extremist drove a truck through crowds watching fireworks in the southern city of Nice, killing 86.