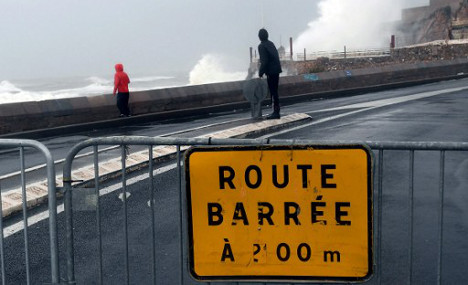 The storm and flooding alerts are in place until at least Thursday morning, with another bulletin expected later on Wednesday.

An orange alert is the second highest warning level the agency issues, and urges the public to be “very vigilant”.
Residents have been warned to beware of falling trees, to keep off roofs, and to avoid secondary roadways.
The agency warned that residents could expect “significant damage” from the storms, which may affect electricity and telephone networks.
It advised residents to avoid using the telephone and electrical appliances.