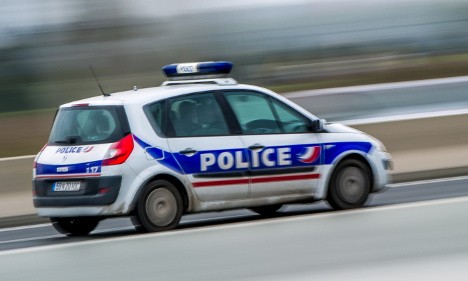 Photo: AFP
Following the murder, Madi Mahaboudi, who has a previous conviction for a 2005 unlawful killing for which he was sentenced to eight years, cut up the body of Violet Price into seven pieces and discarded them in a field.
The criminal court in Agen heard on Friday from a medical examiner who said the attack last year on Price had been particularly violent.
“In 15 years of practice, I had never seen such a degree of bruising on the throat and neck,” he said after having asked members of the victim's family to leave the court before reading out the long list of physical and sexual injuries suffered by Price.
“He's not someone who really regrets what he's done,” said the prosecuting attorney.
Mahaboudi, who was said to be addicted to cannabis and pornography, was the brother of the victim's daughter-in- law.
On April 11, 2015, he went to Price's house hoping to find his ex-girlfriend, who had recently left him.
Price let him in and offered Mahaboudi a cup of coffee, on which his DNA was found.
Mahaboudi also strangled the woman he killed in 2005.
“It was stronger than me,” he said of the urge to murder Price. “I took hold of her neck and squeezed.”
He said he was at a loss to explain why he committed the attack.
“He's a boy who did not know how to develop as a man because he had a violent father (who was) imposing and very severe,” said defence attorney Isabelle Gillet, who claimed Mahaboudi was raped as a child by an acquaintance of his father.
Given an opportunity to speak before jurors retired to deliberate, Mahaboudi said: “I ask to be given a chance. Deep down I know I can be rehabilitated.”
Url copied to clipboard!