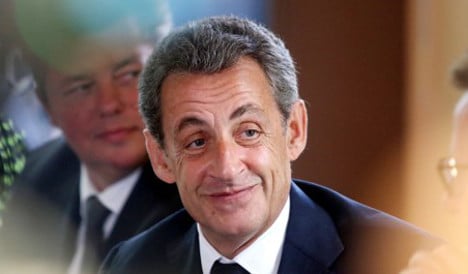 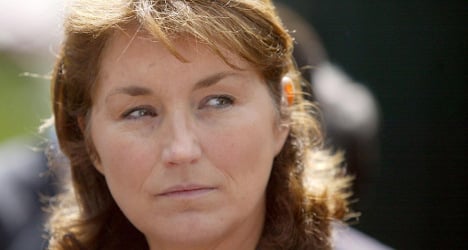 Who is Cecilia Attias?

She is the 55-year-old ex-wife of former French President Nicolas Sarkozy.

Attias has been pushing her new tell-all autobiography, “A Desire for the Truth” (Un Envie de Verité). Journalists, political  junkies and gossip-mongers have been drooling over the prospect of the book since it was announced last month.

This week, the woman who famously first met Sarkozy in 1984, when as mayor of her town, he officiated at her marriage to Jacques Martin, gave a few teasers in a blockbuster interview with Elle magazine and extracts published in Le Point.

Well, it’s not out on general release until next Wednesday, but Le Point published excerpts in its print edition on Thursday, and there are certainly a few juicy morsels in there.

Attias recounts the time she screamed at Libyan dictator Muammar Gaddafi, on a mission to persuade him to free five nurses and one doctor tortured into admitting they had infected Liyan children with HIV.

After travelling from the airport in Tripoli “without security guards,” and in a car which blocked mobile phone signals, she was led to a room in a bunker, and “heard the door locking behind me.”

“Strangely, I wasn’t scared,” she claims in the book, but that didn’t stop her from launching into a tirade against Gaddafi.

“’Do you have any idea the way you’ve allowed me to be treated?’” she asked him, adding “’I’ll thank you not to come any closer to me!’”

“’If something were to happen to me here, just know that you’d have to answer to the whole international community. And I don’t think you want that,’” she calmly informed him.

“Creating a balance of power,” she reflects, “surprising him, taking control of the game – that was the only way to overcome a man like that.”

Meeting the man she left Sarkozy for

She met her future husband, Moroccan businessman Richard Attias in October 2004 in Paris.

In the way that wealthy and highly-organized people often do, in order to allow the rest of us to “relate,” she makes a point in the book of mentioning her humble and “messy appearance” at their first encounter.

“I was in jeans, accompanied by a little boy [her son] running around everywhere in pyjamas,” she notes wryly.

Her first impression of Attias? “He embodied a world completely opposed to the one I was trying to get away from at the time – where deceitful superficiality reigns, words are spoken hastily, and people rush to judgment.”

It was revealed (much later), that Cecilia ran away to New York with Attias in 2005, but later returned to try to make her marriage with Sarkozy work.

It didn’t, and she divorced him shortly after he became president, but not before two incidents that shocked observers in France. "I wasn't there for the person who so badly needed me – Nicolas." Photo: Jack Guez/AFP

‘I should have voted, but I couldn’t’

Firstly, there was her somewhat unbelievable failure to even vote for her husband in the second round run-off against Socialist candidate Ségolène Royal in 2007.

“You don’t understand what it meant to vote [in that scenario],” she told Elle magazine this week.

“When you’re the wife of a future head of state, photographers stalk you like an animal. And, as happens to a lot of people, at the time I was in the process of asking myself if I still wanted us to be a couple,” she added.

“So I was just too ill to put up with people looking at me [voting]. I should have, but I couldn’t.”

Despite Attias’s abstention from voting, Sarkozy won, and a huge party was organized at the famous Champs Elysées restaurant Fouquet's on May 6th, the now infamous night which marks her second strange decision.

With Sarkozy waiting at the restaurant, surrounded by “directors of large companies, press barons, journalists, show-biz stars, and senior civil servants,” Attias decided to sit at home for hours.

“I asked myself what I was going to do there, all the while repeating to myself that I have to go. I was lost, incapable of ordering my thoughts,” she adds.

In the end, she made it to the restaurant, but very late. “I wasn’t there to support the person who so badly needed me: Nicolas… Even today, I still regret it,” she writes.

Elsewhere in the book, Attias blames Sarkozy’s “impulsiveness” for his election loss in 2012, and slams her “friends” who tried to seduce him following their divorce, saying: “Some people will do anything for power and money.”

What has she been up to in the last few years?

Attias married Richard at the Rockefeller Center in New York in 2008, not long after Sarkozy took office.

The same year, she founded the Cecilia Attias Foundation for Women, a non-profit mostly dedicated to promoting and improving the lives of women in the developing world.

She lives in the US with her teenage son Louis Sarkozy, and her husband Richard Attias, who runs a successful events company. 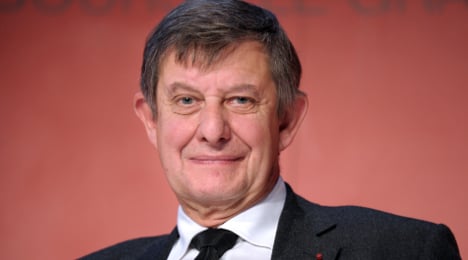 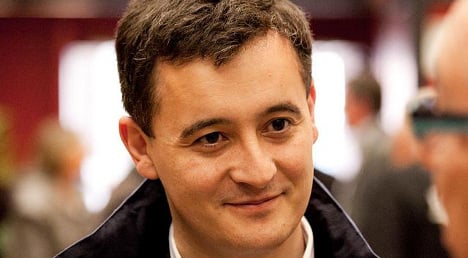