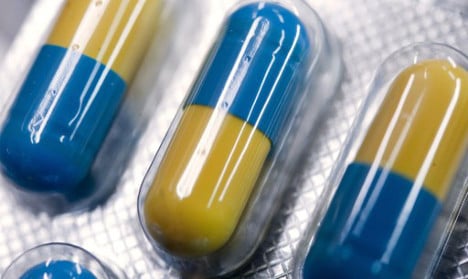 Photo: AFP
To mark European Antibiotic Awareness Day on Friday, France's government announced plans to cut antibiotic consumption by 25 percent by 2018.
It said that between 30 and 50 percent of antibiotic prescriptions were “unnecessary”.
“Each year 160,000 patients contract infections from 'multi-resistant' bacteria, and around 13,000 people die directly from it,” Health Minister Marisol Touraine said on Thursday.
She added that she aimed to take the death toll down to “below the 10,000 mark” within three years with the help of a €330 million five-year campaign.
The campaign will aid research in the field and and strengthen public awareness by, for example, including warning labels on the boxes, Touraine said.
Antibiotic usage is on the rise in France – one study reported a 5 percent increase over the past decade – and experts are urging the French to consider if they really need the drugs. “We consume too many antibiotics in France,” Dr Bruno Coignard, head of infectious diseases at France's Public Health Department, told the RTL station on Thursday.
“If we do nothing, or if we don't work harder to reverse the trends, then infectious diseases will become the leading cause of death, by as early as 2050 according to the World Health Organization.”
France's massive consumption of antibiotics was laid bare in a study in 2014 that found France to be the second most dependent on antibiotics in Europe with the French taking 29 daily doses per 1,000 people.
Only the Greeks and Romanians took more, while countries like the Netherlands only had 10.6 daily doses per thousand.
A survey last year by the National Agency for Medical Safety (ANSM) showed that the French take 30 percent more antibiotics than the European average.
The rate at which the French consume antibiotics is also 35 percent higher than in the US.
The ANSM's Philippe Cavalié summed up the problem in France, saying: “There is a very high expectation on the part of patients to exit their doctor's office with a prescription for antibiotics and doctors do not always know how to resist this pressure.” 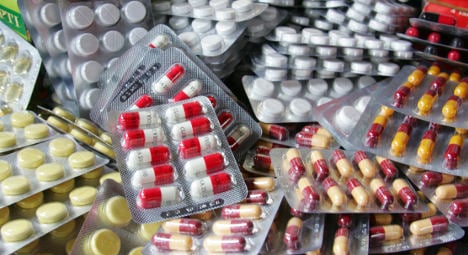 HEALTH
How bad is France’s addiction to antibiotics?

France is popping open too many antibiotic packets, its national health agency says. Photo: Isouf Sanogo/AFP
The French are hooked on antibiotics. At least according to a study carried out by the National Agency for Medical Safety (ANSM).
The agency reports that there has been a worrying increase in antibiotic consumption in France in recent years.
A successful government campaign informing the public of the dangers of frequent antibiotic use did see the usage rate drop significantly between the years 2000 and 2004, but the effect of that campaign has apparently since worn off.
Here are the stand-out figures from the report:

The ANSM's Philippe Cavalié summed up the problem in France, saying: "There is a very high expectation on the part of patients to exit their doctor's office with a prescription for antibiotics and doctors do not always know how to resist this pressure."

Cavalié said the main problem with popping too many antibiotics is that it increases the risk of bacteria becoming resistant to the drugs. Every year, 25,000 people die in the EU as a result of antibiotic resistance, according to the World Health Organization (WHO).

One of the main concerns for the ANSM is that very few antibiotic molecules have been developed and introduced in recent years, making the issue of resistance all the more problematic.

Earlier this year the WHO called on pharmaceutical companies to increase research into molecules that are more effective against super-resistant bacteria as well as looking at alternative treatment methods.