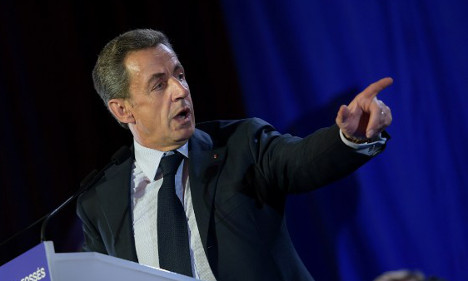 Given the unpopularity of Hollande and the left in general right now, France's traditional socialist voters know they have little chance of a victory in next year's presidential election.

But that isn’t stopping them from trying to influence the outcome. And many of them see this month's two-round centre-right primary as their best chance of having a say in who will be the next president of France.

Some studies say as many as half a million traditional left wing voters will hide their red roses in their jackets to vote in this month’s right-wing primary, the first round of which is on Sunday.

One poll said as much as 16 percent of voters may be left-wingers in disguise.

The primary, set to be a two-way battle between right-wing Nicoals Sarkozy and centre-right frontrunner Alain Jupper – although François Fillon has closed the gap, is seen by many as the real presidential election.

That's because the winner is expected to face far-right Marine Le Pen in the second round of next year's presidential election. After Brexit and Donald Trump's election nothing is clear and that's why so many Socialists are prepared to vote.

Their two aims are clear: block former president Nicolas Sarkozy – a hated figure on the left,  from becoming the nominee and reduce the chances of the far-right Marine Le Pen becoming president.

“I don’t want Sarkozy to be chosen in the primary,” Socialist voter Therese from Paris told The Local.

“Marine Le Pen knows that if Sarkozy is the candidate, many people on the left would not vote for him in the second round run-off which would boost her chances of winning.”

Officially France’s Socialist party is urging its supporters not to meddle in right-wing primary, but many are ready to ignore the order.

The €2 charge which goes to Les Republicains party coffers nor the charter of right wing values that voters need to sign before voting is not putting them off. 'After Brexit, Trump, we don't want another nightmare'

Another Paris voter named Nicholas who describes himself as centrist said: “I'm going to vote for Alain Juppé because it's absolutely vital that Sarkozy is stopped from running for the presidential election.

“We would almost certainly end up with a second round between Sarkozy and Le Pen which after Brexit and Trump's election would be the last part of an absolute nightmare.”

It’s no surprise therefore that Sarkozy has been angered at the prospect of left wing voters ruining his dream to return to the Elysée Palace, five years after Hollande won the keys off him.

He has described the prospect of Socialists voting as “theft” and “perjury”.

His main rivals Alain Juppé and François Fillon have on the other hand welcomed the open vote.

A spokesman for Les Republicains party told The Local they were not worried by the idea that left wing voters could skew their primary.

“We decided to have an open vote so it’s not just the activists and members of Les Republicains who are voting,” he said.

“The objective is that voters, whether left, right or centrist, can choose the centre-right candidate they prefer. We want as many as possible to take part so they won’t be disappointed with the candidate in the presidential election.

“Of course there will be Socialists who will vote but they won’t carry much weight compared to those who are voting sincerely. We are not worried.”

Those who are worried however will be the Socialists, who will be undertaking their own primary next January.

It will hardly look good if the winning Republicains' candidate receives hundreds of thousands more votes than their own.

But for the many Socialist voters, who have already accepted defeat, that matters little.

“Tout Sauf Sarko” (Anyone but Sarko) is their rallying cry right now.