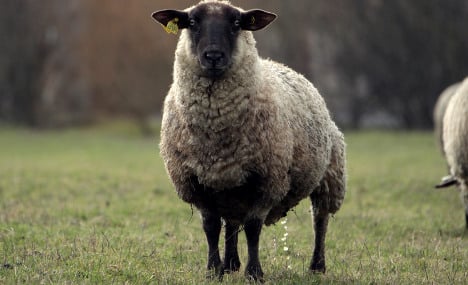 The man’s body was found by his family on Monday, by a footpath near the village of Cestas,south of Bordeaux, in the Gironde department of south west France.

He was discovered with severe injuries to his face and knees.

The police launched an investigation after the mysterious discovery and their investigation, which included a post-mortem of the man’s body, confirmed their theory he had been attacked by a sheep.

Police believe he was knocked to ground by the animal before the sheep launched a furious attack, targetting the pensioner with its head and hooves.

The newspaper Sud-Ouest said the sheep belonged to a local breeder and landowner whom the 90-year-old had gone to discuss his order of timber.

“It was a young, one-year-old ram who is not at all aggressive — my daughter reared him by bottle,” the farmer who owns the animal told AFP, asking not to be named.

“But in this case he was protecting his flock. He was playing the role of the dominant male because there were a lot of ewes.”

The newspaper said several people witnessed the aggressiveness of the animal, which had also attacked a local politician who had gone to help the man's family after hearing the news.

The woman was left needing hospital treatment after suffering a fracture and heavy bruising.

Police were at a loss to explain why the animal charged initially and simply put the attack down to the “animal's aggression”.

The animal was captured after the fatal attack and will be put down, according to reports.

READ ALSO: The most dangerous animals you can find in France