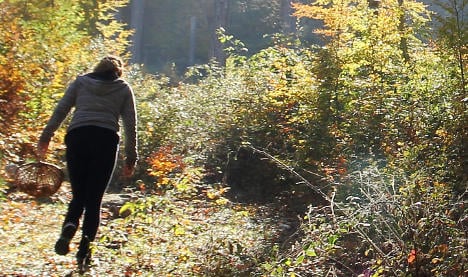 Mushroom hunting is a popular past time in France, particularly in certain parts of the country like Dordogne.

But although it sounds like a harmless hobby, it comes with its own unique set of dangers.

One of which is radioactivity, believe it or not.

A study published on Monday revealed that mushrooms in the Rhône-Alpes region in south west France are still contaminated by radiation, due to the Chernobyl nuclear disaster 30 years ago.

The news site France Bleu Drôme-Ardèche revealed that scientists had found traces of “Cesium 137” a radioactive element in 36 out of 38 samples.

Julien Syren who led the study said levels if Cesium 137 were higher than expected and it was not just due to the Chernobyl disaster but the nuclear tests of the 1950s and 1960s.

Syren said the levels are lower than 30 years ago but added that the level in some mushrooms tested were so high that if they had been imported from Japan, which experienced the Fukushima disaster in 2011, they would not have been allowed out of the country.

However even if the study appears alarming the alarming study, the scientist said the chances of someone developing a cancer through eating the mushrooms on an occasional basis are “very minimal”, Le Parisien reported.

However there are other forms of toxic mushrooms out there in France .

Hot weather and heavy rain boosted fungi growth and encouraged many people to go out picking, some perhaps without the necessary experience.

The government’s health watchdog Anses was forced to issue safety advice that including advising people to avoid picking mushrooms near industrial sites, only pick ones that appear to be in good condition and never pick ones that cannot be identified.

And apart from toxins there are the landlords that can cause bother for mushroom enthusiasts in France.

Often pickers do not know that they need permission to hunt for mushrooms in privately owned woodland. If they don’t then they could be liable to a €750 fine. Complaining there were no signs is no excuse in court.

And landlords in France are cracking down. In Dordogne security guards or wardens as they are called have been hired to ward off illegal pickers.

And after the landlords, there’s the hunters.

In 2013 a hunter shot two mushroom pickers who he thought were pheasants near Bertric-Buréé in the Dordogne department. One was shot in the neck and was still in hospital one year later.

The hunter was an 82-year-old deaf man who was not wearing his hearing aid, although it’s not clear whether that would have saved the mushroom pickers.

And finally mushroom pickers can be their own worst danger.

There were several stories recently of mushroom pickers in the Cévennes and Alsace having to be rescued after getting lost in the forests.