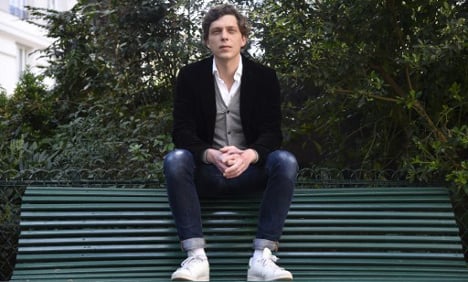 There are the wounded – over 400 of them, nursing sometimes horrific injuries. And there are the walking wounded: those who escaped the carnage but are nursing deep psychological scars and the 1,000 or so who lost a relative, including more than 50 children growing up without one of their parents.

Each has their own way of trying to heal.

'Re-engaging with the world'

“We are the ones left behind, stalked by the same shadow, united by the idea that we must not be killed a second time,” said Antoine Leiris, the young father who penned a poignant, widely-shared Facebook message three days after the death of his wife in the massacre, vowing not to give way to hatred.

“I was a sort of totem to which people rallied, a symbol of someone who was trying to pick themselves up. But I'm just a normal person… There are days when I'm afraid, days when I want to flee, days when I want to smash everything to pieces, like everyone else,” Leiris told AFP in a telephone interview.

In a France 5 TV documentary to air on Sunday, the 35-year-old explores how others bereaved or injured by terrorism – in Paris or elsewhere – have tried to rebuild their lives.

Among those he meets are a woman left raising two children alone, an amputee who shows him the bullet that tore his leg and a Holocaust survivor who taught him it is okay not to forgive.

“At first I shielded myself and my son from the world, because the world had hurt us. But we did not want to remain in isolation. This was my way of re-engaging with the world,” he says. Maureen Roussel, a survivor of the carnage at the Bataclan concert hall, gave up her job as a teaching assistant after the attacks.”I said to myself that if I couldn't protect myself in the face of danger I couldn't bear to be responsible for children,” Roussel said.

A year on, she is still traumatized, constantly imagining more apocalyptic scenes.

The association Life for Paris, which she founded to help survivors and victims' relatives, acted as a sort of lifeline.

“Before I used to look after little kids. Now I'm helping lots of big kids.”

Lea Malwe, a 28-year-old physiotherapist, was hit on two fronts on November 13th, 2015. Her boyfriend – a “handsome, funny, kind” sound engineer she had met in a bar a few weeks earlier – was shot dead in the Bataclan.

Minutes beforehand, the gunmen mowed down 14 people at the Petit Cambodge restaurant and Carillon bar restaurant and bar on the corner of her street.

The willowy Malwe, who used to boast to foreigners about how safe her city was, has been living “like a robot” ever since.

“What changed for me is that before I expected to become a mum, grow old, become a grandmother and so on, and now, none of that is certain. I know now you can die of something other than old age,” she says.

Her one source of solace is “seeing people love each other”. “If, like me, you have the chance of a second life, life is almost more beautiful,” said Claude-Emmanuel Triomphe, a senior civil servant who was left bleeding on the pavement after being shot on a cafe terrace.

Triomphe, 58, was having a drink at La Bonne Biere when a bullet ripped into his thigh, damaging his intestine and sciatic nerve. Another hit him in the arm and fragments also lodged in his ankle and foot.

He recalls the “angel” of a doctor who used bar towels to apply a tourniquet and, later, the help of another physician friend, who helped save him from a pulmonary embolism as he was being shunted from hospital to hospital.

After weeks on his back staring at a hospital ceiling he was eventually “turned upright” and strapped into a wheelchair – the turning point in a remarkable recovery.

“I learned to walk again, and I mean really to put one foot in front of the other,” said Triomphe, who now gets by without crutches.Hiking in the mountains – his great passion – is out of the question for the moment, but other horizons beckon.

Next year, Triomphe moves to Marseille to take up a top role as state commissioner for civic engagement.

One of the questions that gnaws at him is “why France has produced more jihadists than any European country”.

“That's a fundamental question,” he said.

By Clare Byrne and Marie Giffard