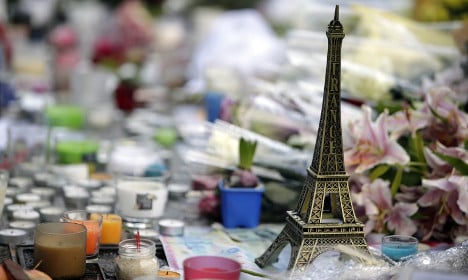 Sunday will mark the first anniversary since jihadists attacked the people of Paris in bars, a concert hall and the national football stadium.

A series of official low key events are due to take place in Paris on Sunday but French people have also been asked to remember the victims by placing a candle in the windows.

The first official tribute to the victims will take place at the Stade de France on Friday night, the stadium that was attacked by suicide bombers last year as France played Germany. One person was killed outside the stadium.

The international fixture list means that France are once again at home, this time to play Sweden. A minute silence will be held at the stadium in homage to the victims before the match.

President François Hollande is expected at the match.

Perhaps the most poignant and fitting tribute to the victims throughout the weekend will take place on Saturday night at the Bataclan music hall, where 90 concert-goes were gunned down.

The venue will reopen its doors for the first time on the eve of the anniversary for a concert by UK rocker Sting. There will be no official ceremony but the fact the music hall has managed to reopen is seen as the best homage to the victims.

“Reopening the Bataclan with a ceremony and then some music didn't cut the mustard for me,” said owner Jules Frutos, who was determined to put on a show before the November 13th anniversary.

The concert sold-out within 30 minutes and many of the families of those who died will be present.

On Sunday morning a series of commemorations will take place at the Stade de France and the bars and restaurants where 39 revellers were killed enjoying a simple night out.

The venues are in the 10th and 11th arrondissements of Paris, many in close proximity to each other.

A remembrance plaque, bearing the names of the those who died, will be unveiled at each site.

President Hollande and Paris mayor Anne Hidalgo will lead the ceremony at each venue.

“In accordance with requests from families, ceremonies will be low key,” a statement from the Elysée Palace said.

The victims association “13onze15 Fraternité Verité” is inviting people across France to place a candle in their windows “as a show of support and to also say 'I won't forget'”.

There will also be a “lantern ceremony” along the Canal Saint Martin, in the 10th arrondissement, near to several of the bars that were targeted.