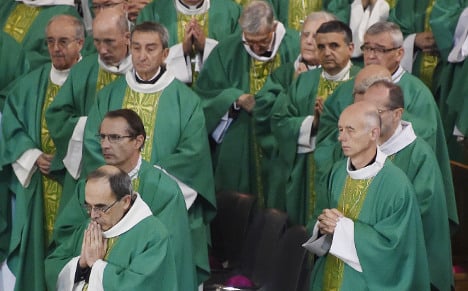 The church has been rocked by allegations that the Archbishop of Lyon, Philippe Barbarin, covered up the abuse of scouts and failed to remove a priest despite being aware he had sexually abused the boys a quarter of a century ago.

The scandal was the worst to hit the Church in France since 2001, when a bishop was given a three-month suspended jail sentence for failing to inform authorities about a paedophile priest.

Barbarin, who has protested his innocence, remains in his post, but the scandal has tarnished the image of one of the church's most media-friendly figures.

Archbishop of Paris Andre Vingt-Trois told worshippers at a “time for prayer and penitence” during the bishops' autumn conference in the southwestern pilgrimage town of Lourdes on Monday that the Church had failed in its duty to victims of abuse.

“We lacked mercy… we did not listen to these victims in the way that they expected us to (and) we lacked the courage to take the measures that were needed,” the archbishop said.

In response to the scandal, the church's hierarchy announced a series of measures in April, including the creation of a dedicated secure email address for victims to report abuse.

Around 100 emails have been received in the past six months, with some detailing abuse stretching back to the 1960s.

Monsignor Luc Crepy, the head of a cell set up to fight paedophilia, said in a homily that the Church “had to have the courage to confront the scandals of sin”.

“We had to end the guilty silence, which lasted too long, of both the church and wider society and hear the suffering of the victims. The paedophile acts, these serious crimes, snatch away the innocence and integrity of children and young people,” he said.

“We must have the courage to take every measure possible so that the church becomes a safe place,” Crepy added.

Barbarin himself said he had met victims of abuse during the conference in Lourdes.

“Each time I speak to them, I am deeply affected… and I ask myself how can such wounds be healed. So we need their help. Many do accept to talk,” he said.

However, the victims' group that revealed the scandal that almost brought down Barbarian said it was still waiting for more concrete measures to be introduced.

“Prayer periods and cells to listen to victims are potentially a good thing but if there is not a willingness from the church behind it, it's insufficient,” said Francois Devaux, the group's president.

Around 600 people attended a mass on Monday night in the Lyon parish that was once run by the paedophile priest, Bernard Preynat.

The priest who gave the service, Father Eric de Nattes, asked “forgiveness in the name of the church, that did not listen and that still has so much to listen to, that covered up these crimes in guilty silence”. 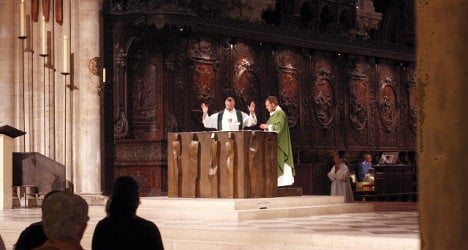 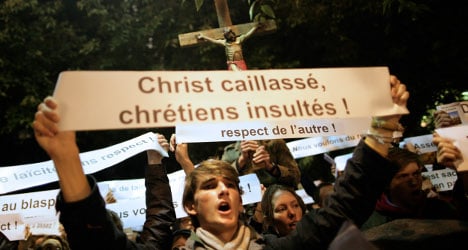