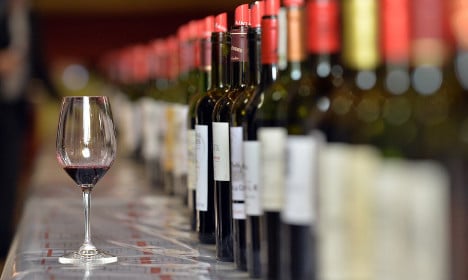 Francois-Marie Marret, 55, was convicted of blending poor quality wine with high-end Saint-Emilions, Pomerols and Listrac-Medocs to create the “moon wines” — so called because the plonk was spirited to his operation by night.

This was blended with Marret's prestigious vintages and sold to clients including supermarket chains Auchan and Intermarche.

The fraudulent wines fetched nearly 800,000 euros in 2011 and 2012 before the ring was busted, according to customs officials.

Marret, who owns three chateaux in the Gironde region, said he would appeal the verdict, which he said was of “stunning severity”.

“Such a verdict is completely abnormal,” he told reporters. “I never sold anything but wine from my property.”

The wine merchant, Vincent Lataste, was given an 18-month suspended sentence and a 5,000-euro fine, while his company was fined 30,000 euros of which half was suspended.

One of the middlemen, who worked at QualiBordeaux, an independent quality control body, received a one-year suspended sentence.

The other broker was handed an eight-month suspended sentence.

The growers were given six-month suspended sentences along with fines and penalties of up to 12,500 euros.

As for the driver, who delivered the wines from one chateau to another by night, he got a four-month suspended sentence.