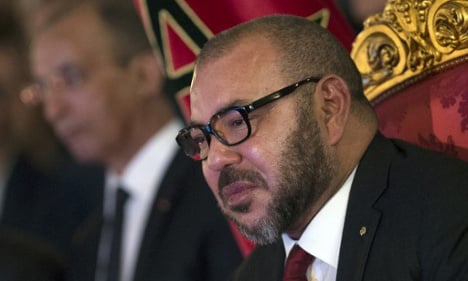 The king “decided to cover the corresponding costs”, MAP said, sourcing its information to Rabat's embassy in Paris.

The embassy told AFP: “This is a favourable response to a request from the family of the singer who sought his majesty's intervention, and with respect for the presumption of innocence”.

Lamjarred, 31, is a star in Morocco and the wider Arab world and his internet videos have received hundreds of millions of hits.

On Friday, he was charged in France with “aggravated rape” and “aggravated voluntary violence” after a 20-year-old woman on Wednesday filed a complaint against him.

She charged that several hours earlier, the star assaulted her in his hotel room near the Champs Elysees in Paris.

According to initial results of the inquiry, Lamjarred was said to be under the influence of both alcohol and drugs at the time of the alleged offences.

Lamjarred, who had been due to perform in Paris on Saturday, was arrested and placed in custody.

His detention was greeted with consternation in his home country where he had been decorated in August last year by the king himself.

Dupond Moretti had acted for the king last year after two French investigative journalists were charged with blackmail for demanding two million euros not to bring out a book purportedly containing damaging revelations about the monarch.