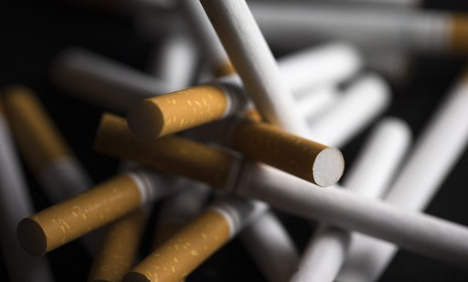 The campaign was launched early in October, and its name is a play on words that means both “Me without tobacco” and “A month with no smoking”.

One of the most enticing elements for smokers is that the Ministry of Health will now partially reimburse smokers for the cost of nicotine patches, up to a maximum of €150 each year. While this was already the case for young people, those with health difficulties or living in poverty, for everyone else the amount had been capped at €50 annually.

So the majority of smokers will be receiving an additional €100 – plus money saved on buying cigarettes if they manage to quit permanently. To get the reimbursement, smokers need to show the prescription for the treatment, which can be given by a doctor, nurse, dentist or midwife.

According to the ministry, 110,000 people have signed up to the campaign's official site to receive help and advice about quitting, and calls to the free information helpline almost doubled in October compared to the same month last year.

On the site, you can use the calculator to work out what the habit is costing, and it also offers a range of practical tips and options to find health and therapy services in your area.

The campaign was inspired by a similar move in the UK – Stoptober – which sees smokers encouraged to quit for October. The ministry noted that it was five times more likely that a smoker would quit for good after a month with no nicotine.

Last year, France banned logos on cigarette packets to make the damaging habit “less sexy”. A law ruling that cigarettes be sold only in plain packets was narrowly voted through in French parliament – much to the ire of tobacconists.

This followed a move from Paris authorities to double fines for dropping cigarette butts to €68 ($75), in a city where some 350 tonnes of cigarette butts are collected annually.

Health Minister Marisol Touraine estimated some 13 million people still light up in France and that smoking accounts for around 78,000 deaths, the leading cause of premature death in the country. At the time, she noted that while tobacco consumption was declining in all other European countries, in France it was on the rise.

Worryingly, smoking is also common among pregnant women, with 20 percent of French mums admitting to lighting up while pregnant.

READ MORE: Are the French really a nation of smokers?

French actress Brigitte Bardot lights up a film set, but times have changed since the heedy and very smokey 1960s. Photo: AFP