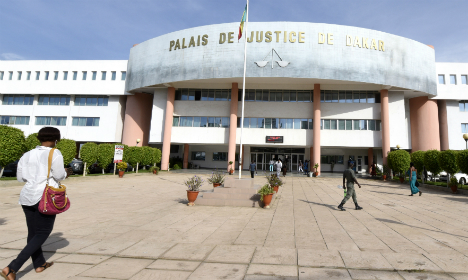 The man is accused of insulting the Prophet during an argument with his employer. Photo: Seyllou / AFP file picture

The Frenchman appeared before a judge on Thursday, and has been remanded in custody and held at the main prison in Dakar since, one source said.

“He had an argument with his boss and he insulted the Prophet (Mohammed), the Koran and all the Muslim community,” the source added.

Another judicial source confirmed the incident, adding that the Frenchman was now being held in Dakar's main jail in Rebeuss.

“His employer filed a complaint against him for breach of trust,” the source said, adding that the Frenchman was accused of misappropriating money intended for an ailing colleague.

After an argument with his employer, the Frenchman sent text messages “insulting” Muslims, the source said.

The court charged the man on several counts, including breach of trust and insulting religion.

The L'Observateur daily said on Saturday the employer's complaint referred to “the sacrilegious text messages that his employee sent”, which referred to Mohammed.

Speaking to AFP, a French diplomatic source confirmed the man's arrest, adding that it was made after the argument with the employer.

“We don't have any other details. justice will take its course,” the source said.

In January 2015, Senegal banned the publication of French satirical magazine Charlie Hebdo and the Liberation daily, when they reprinted a cartoon of the Islamic Prophet.

More than 92 percent of Senegal's population of 14 million are Muslims.