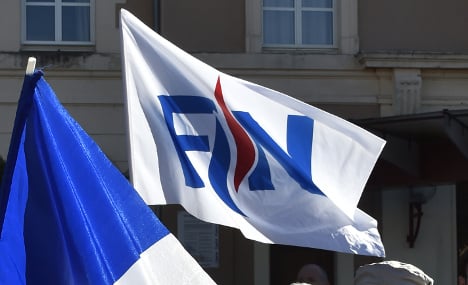 Marine Le Pen, the leader of the far right National Front, is doing her best to steer clear of controversy and negative headlines, but one of her minions obviously did not get the message.

The Hautes-Pyrénées branch of the National Front has undermined Le Pen’s attempts to make her and her party seem less extreme by posting on Facebook the addresses of where some 250 migrants are being lodged in the Catholic pilgrimage town of Lourdes.

The post was uploaded on October 17 to denounce the “outrageous camouflage by authorities” around the arrival “of 250 illegal immigrants in Lourdes who will be housed, fed and cared for, for free or even at the taxpayer’s expense”.

It has since been taken down. Perhaps that had something to do with the racist and hateful comments below the post.

“The Pyrenees does not want Islamist invaders, we will do everything to turn them away. All these wild animals, they disgust me. They are garbage on French soil,” read one.

The author of the post, Olivier Monteil, secretary of the department’s branch of the National Front, included a list of homes or lodgings where refugees were to stay as well as the telephone number of the local reception centre for asylum seekers in Lourdes.

While the house numbers were apparently blurred out, the street names were not. He also suggested the local police had been told not to intervene if there were any serious incidents involving the asylum seekers and refugees and to just a keep a record of incidents.

Local authority chiefs in the Hautes Pyrenees department rubbished that claim and said the figures quoted in the Facebook post were wrong, insisting that there would be only 108 places for refugees and asylum seekers in Lourdes.

Monteil defended his action saying: “I wanted to give the local people of Lourdes information about the migrants that are being hidden in the local population.”

“They are paying their taxes, so why should it all be hidden,” he told BFM TV. “They occupy social lodging that should be reserved for French people.

“There may be terrorists hiding among them.”

He said his beef was with the local authorities and not the migrants themselves. His post ended with the words “Marine, come quickly, really quickly” in reference to the party leader, who is hoping to defy the odds and be elected French president next year.

The charity France Terre d’Asile, which provides help to migrants and refugees in France, has lodged a formal complaint with police accusing the National Front of “an attack on someone’s private life and divulging information that endangers residents.”

The incident in Lourdes comes at a time when there is tension in the many towns and villages around France that are to host groups of migrants moved from the Jungle camp in Calais, which faces demolition.

Some lodgings have been targeted by arsonists, while one was sprayed with bullets. There have been demonstrations in many towns against the government’s decision to move migrants around France.