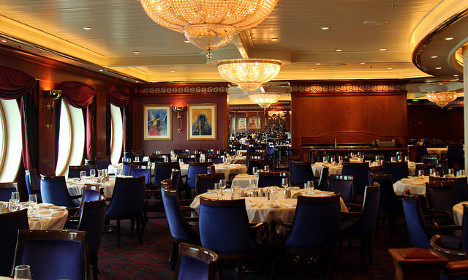 Photo: Prayitno/Flickr
The man was in the habit of racking up thousand-euro plus bills at luxury restaurants, but walking out without paying the bill, La Montagne newspaper reported.
When caught midway through his gastronomical Tour de France, the 61-year-old told police officers “Well, a man has to eat…”
The man's meandering came to a halt in central France's Clermont-Ferrand after he'd racked-up several four-figure bills.
In Valence, in southern France, he walked out of the Maison Pic restaurant leaving behind a €2,354 bill.
At the Hotel Radio in Chamalières, near to where he was arrested, he walked out on a €1,358 bill.
He reportedly carried out the same trick in two other restaurants, including Georges-Blanc in Vonnas, in south-east France.
These sums also include nights he'd spent at some of the places that offered rooms, where he is understood to have also taken advantage of the laundry services.
The man is further suspected to have not bought tickets for the trains he took to make his way around and showed fake ID papers when asked by controllers.
He has been placed in custody and is expected to face trial this week.
Url copied to clipboard!