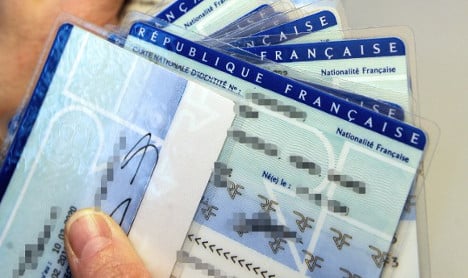 Photo: AFP
Brexit may not have happened yet, but the impact of the EU referendum on Brexpats in France has hardly been positive.
The chief knock-on effect has been the falling pound which has especially hit pensioners hard.  And while the pound has tumbled anxiety has risen.
Everything from pet passports to the normally smooth(ish) exchange of British driving licenses and health cover, Brits in France have a long list of worries. And they are not going away any time soon.
With Brexpats looking to the governments of their adopted countries rather than London to guarantee their future, surely Paris could do more to ease these concerns?
Paris has already moved to roll out the red carpet for British and international firms and banks who might want to flee London, so why can't it do the same for British citizens already here?
Granted it can't sort out the exchange rate, but can't the French for example just hand out citizenship to those who have already been here for five years or more, without us having to go through the lengthy bureaucratic process.
Patrick Weil, France's leading law professor on issues of citizenship, says “oui”.
“Britons in France have been left living in uncertainty in terms of their futures and their status,” Weil told The Local recently.
“Many feel very insecure. They don’t know if they will be EU citizens and what consequences that will have.
“The French parliament should make a gesture to all those Britons who want to keep their EU citizenship by allowing them to become French. I have studied this in depth and see no legal issues.” (AFP)
“France has always accepted dual citizenship so British nationals would not have to renounce their British passports,” Weil said.
And if that's not possible well perhaps a little gesture in our direction could help.
Perhaps France could scrap the language level requirement that puts many off applying for citizenship or at least stop demanding we get new birth certificates printed.
Or make it easier for us to get “carte de sejour” residency card by reducing the time we have needed to be in France from five years down to, say, two? Three then?
Maybe give us French citizenship if our kids are French or if we are home owners? Why not?
Can't the government just come out and say our health care will be covered and reassure us we won't need to fork out for expensive private medical insurance.
“France is the country of human rights, can't they just open their arms to those who have chosen to make their lives here,” said one Briton living in France, summing up the wish of many others no doubt.
The move would clearly take London off guard and could force it into offering similar guarantees to the 300,000 French nationals in Britain.
Claude Bartolone, the president of France's National Assembly, would like to see something happen, but told The Local that for the moment Paris's hands are tied.
Bartolone expects France to take measures to ensure Britons are looked after and encouraged to stay, but only once negotiations between London and the EU have run their course.
“It's important the Britons established outside their country in France and across the EU are not destabilized,” he added.
Bartolone said the last thing he wanted was for “our British friends in France” to feel unwanted.
“I think that in the future something could be done, but first talks have to take place between the EU and the UK, not France and the UK.”
The reality is for the moment that France is on the side of the EU and will more than likely have to see what kind of deals are struck over the coming two, even three years, before entering into a bilateral talks with the UK.
But even if it all ends well following those negotiations and Brits can continue “la belle vie” the unfortunate impact of the delay could see many Britons deciding to head home to at least bring an end to their insecurity and financial worries. It is likely to also persuade many other Brits to delay making their dream move to France until the rules and regulations are clear.
That would also bad news for France, as Christopher Chantrey, the president of the British Community Committee of France pointed out at a special round table meeting on Brexit in the French parliament.
Britons have helped keep rural French villages alive by moving to France and not only that many are local councillors, giving a great deal back to local life.
As law professor Patrick Weil points out, there couldn't be a better time for France to show its gratitude to the efforts of British citizens in France some 70 years ago.
“Let’s remember Churchill, and have France offer its citizenship to the British!” he said.