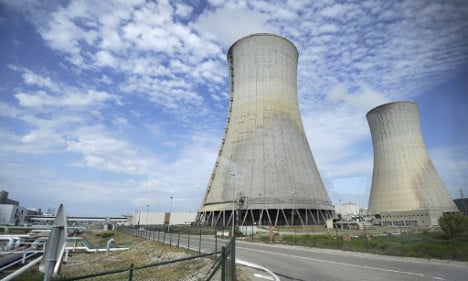 Photo: AFP
The watchdog has given EDF three months to check five of France's 58 reactors, which it said were Civaux 1, Fessenheim 1, Gravelines 4, Tricastin 4, and Tricastin 2.
A further seven are already being tested.
The checks were prompted by the discovery of a high level of carbon in steel used in the high-pressure heat exchangers, which can weaken their mechanical properties and ultimately lead to leaks or explosions.
EDF has downplayed the risk.
“The safety margins are very large and the carbon content does not undermine integrity or security, even in the case of an accident,” an EDF spokesperson told Le Monde newspaper.
The closures have prompted concern that the outages will leave France with a winter energy shortage, and have already caused power prices to increase.
The power company has said it aims to get all five reactors up and running again before the start of 2017.