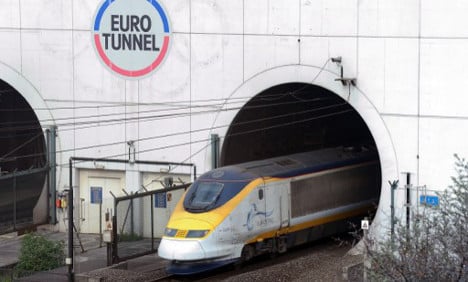 Photo: AFP
The number of passengers on the high speed rail link fell to 2.6 million during the July to September period.
On July 14, a 31-year-old Tunisian extremist rammed a 19-tonne truck through a crowd of more than 30,000 Bastille Day revellers on the seafront Promenade des Anglais in the southern city of Nice, killing 86 and injuring more than 400.
“Eurostar… is evidently slightly down from what I would call the psychological consequences of the terrible attacks” in France, chief executive Jacques Gounon said at a news conference.
Eurostar will cut some of its services in December as it brings in new trains, with unions expecting the move to result in 80 job losses.
The Nice attack was another blow to the French tourism industry, which was already reeling from two major jihadist attacks on Paris in 2015.
The number of tourists visiting France has dropped seven percent since January, officials said in August.
Eurotunnel said Eurostar passenger numbers were down by 5 percent in the first nine months of the year.
The drop in the number of Eurostar trains in the third quarter caused an 11.7-percent drop in toll fees for Eurotunnel to €74.1 million ($81.5 million).
However, the quarter wasn't without its bright side. The number of cars travelling on shuttle trains under the Channel hit a new record in July at 317,424.
Eurotunnel said its overall sales in the third quarter were €320.3 million, which is a 4.1-percent drop from the €334.4 million it took in during the same period last year.
The company said sales were up by 4 percent during the third quarter on a constant comparison.
However the slide in the value of the pound to 7.5-year lows against the euro following the surprise vote by Britain to leave the European Union has been playing havoc with many companies.
In July, Eurotunnel lowered its target for its operating profit from €560 million to €535 million.
The company on Wednesday stressed its positive outlook however, noting that Britain's economy was still forecast to grow despite Brexit and the slide in the value of the pound was having a significant positive impact on the service of its debt.
“These encouraging signs, combined with new records broken this quarter for the group put into perspective the change in public opinion following the vote in favour of Brexit: our business has never been stronger,” Gounon said in a statement.
Over the first nine months of the year, sales were down 3 percent to €902.1 million.
Eurostar has yet to release its third-quarter results.