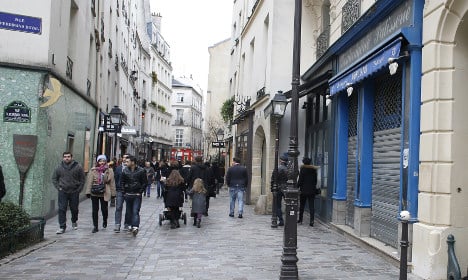 Hidalgo has made it clear she is in favour of shops in Paris opening on more Sundays throughout the year despite having previously been a vocal critic against the idea.

Hidalgo wants shops in Paris to be allowed to open for 12 Sundays each year, the equivalent of one a month, rather than seven she had initially envisaged.

Hardly a commercial revolution but it would be a big step for Hidalgo who fought a losing battle in 2015 to prevent the government from allowing shops in certain “tourist zones” to open seven days a week.

Sunday shopping has been a divisive issue in France with opponents, including retail unions claiming it ruins the fabric of family life as it forces parents to work on what should be a day to spend with their children.

Those in favour point to the number of jobs Sunday shopping creates.

Hidalgo’s change of heart has been motivated by the fact that shops in Paris have suffered, like hotels and restaurants, from the terror attacks.

And she says the creation of the 12 “international tourist zones” in 2015 has favoured the big chains to the detriment of the small independent stores that Hidalgo believes give Paris its charm. The mayor is adamant that the French capital does not become like London or New York which are dominated by the big chain stores and shops are open seven days a week and late on most nights.

In Autumn last year Hidalgo penned a vitriolic open letter to then Economy Minister Emmanuel Macron, who was behind the relaxing of Sunday openings around the country.

She blasted Macron’s “fantasy of turning Paris into a city dedicated to consumerism” and “ignorance of the commercial fabric of Paris that pulls in tourists from around the world.”

“They will destroy the ecosystem that is an international emblem of our city,” Hidalgo wrote.

But that is all in the past now.

“We are taking this choice out of pragmatism,” said her head of office Mathias Vicherat. “The international tourist zones have favoured the big stores and created competition for the smaller shops, mostly during peak season like the run-up to Christmas.

“The federation of shops have asked us to allow them to open on a maximum number of Sundays to rebalance the situation,” he said.

However Hidalgo’s desire to be pragmatic has not gone down well with her allies in the Town Hall the Greens and the Communists.

“We had agreed not to have more than seven Sunday openings a year,” said Communist Nicolas Bonnet.

“Sunday needs to stay as a day of rest and a day for the family. We will break the social link because it’s mothers who make up the majority of those who work in retail industry.”

But those on the right pointed to the fact that hundreds of jobs had been created at the bigger stories since the tourist zones were created.