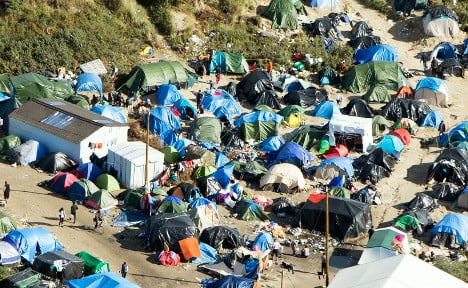 The interpreter, aged 38, was working with a freelance journalist who was making a documentary about unaccompanied children in the sprawling camp for refugees on the outskirts of Calais.

According to reports the journalist and the interpreter, who speaks Pashto language that is spoken in Afghanistan, were filming when they were approached by three Afghan men near the entrance to the Jungle camp between 2am and 3am.

AFP news agency reports that the men first attempted to rob them of their camera equipment.

Then one of the men who was armed with a knife forced the woman to engage in a sexual act with him, while the other two men, also armed with knives, held the journalist away and prevented him from intervening.

Once they were able to get free from their attackers they immediately went to the police station in Calais to report the rape.

The interpreter, an Afghan national who lives in Paris, was admitted to hospital where she was examined by a specialist doctor, who confirmed that she had been raped.

DNA samples were taken in the hope they will help police find her attacker,” the local prosecutor in Boulogne-sur-Mer told the local Voix du Nord newspaper.

The three attackers were still on the run on Tuesday.

Crimes committed against journalists working in the Jungle are not uncommon, but most have revolved around theft or attempted theft of their equipment.

Earlier this year the knife-point robbery of two journalists was caught on camera.

In 2008 a journalism student from London was raped by a people smuggler in Calais. The smuggler was sentenced to eight years in prison in 2010.

Police said she had been working alone, which was not advised.