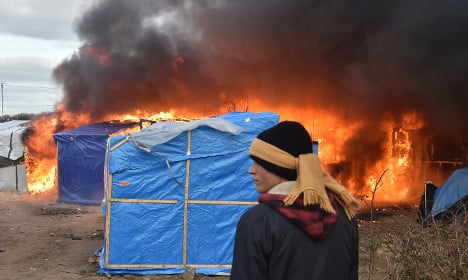 The French government was relieved on Tuesday after the administrative court in Lille threw out a bid by charities to block the plan to tear down the camp in the coming weeks.

A group of 11 charities had launched an eleventh-hour bid to prevent the bulldozers from moving in, arguing that that pulling down the Jungle camp was “against the fundamental rights” of the thousands of refugees who call the camp home.

But the court disagreed with them, ruling that the dismantling of the camp would work to end “inhumane and degrading” treatment of migrants.

“This decision reinforces the government's humanitarian approach and determination to initiate the dismantling of the camp of as soon as possible and before the winter,” read the statement.

Cazeneuve then said the razing of the shanty town would begin in a matter of days.

The French government will now move quickly to break up the shantytown which is currently occupied by up to 9,000 migrants.

It has become a magnet for migrants trying to reach Britain by stowing away on trucks heading across the Channel from France.

The makeshift settlement has also become a focal point in France of Europe's migrant crisis, the subject of heated debate among politicians and a constant source of tension with Britain.

Britain and France are working on an agreement that would see hundreds of unaccompanied children in the camp taken in by the UK.