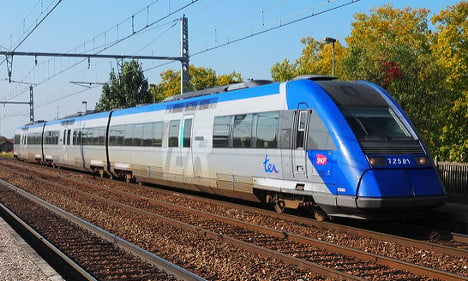 Photo: Markus Eigenheer/Flickr
The train hit the person at around 7.15pm near Auxerre in northern Burgundy, on the main TGV line that links Paris and Marseille.
The incident has been reported as a suicide by several French newspapers.
The train stopped several kilometres after the collision, with the 1,200 passengers on board stuck for several hours.
Rail traffic was blocked in both directions, with around 20 TGV trains between Marseille and Paris delayed for an average of 4.5 hours, reported Le Parisien newspaper.
In total, around 12,000 passengers were forced to spend several hours on trains as the TGV trains were either forced to wait or were redirected to TER lines.
Passengers finally arrived at the destinations in the early hours of the morning. There were reports of mass confusion and almost panic at Gare de Lyon as thousands of passengers arrived at 4am but without the usual public transport running, there was a battle for taxis.
Many took to social media to share their frustration and confusion.
“Good news everyone. I got home after a 15 hour trip. Thanks SNCF.

Police officers have launched an investigation into the death.