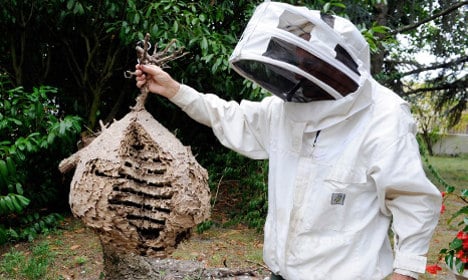 Last week it was the story of how scores of trail runners were attacked by wasps near the finish line and on Sunday it was the turn of hikers to be stung by nature’s surprise.

A group of walkers were enjoying a Sunday hike, near the town of Foulayronnes in the Lot-et-Garonne department of south west France, when they came under attack from hornets.

They disturbed the hornet’s nest as they passed, provoking the insects to attack.

One of the hikers was the head of the local firefighters branch, who managed to raise the alarm and to call out his colleagues to help.

Some 15 walkers ended up being stung, including two children aged 12. Two members of the group, a 41 year-old woman and a 62-year-old man, who suffered numerous stings, had to be admitted to hospital in the town of Agen.

A hornet’s sting is worse than that of a wasp mainly because it contains a large amount of Acetylcholine. Multiple stings by European hornets can be fatal, although in most cases the victims suffered an allergic reaction to the venom.

Firefighters say the hornet’s nest, which they eventually destroyed, was located in the stump of the tree and was disturbed by the either the vibrations of the footsteps or the noise made by the hikers.

It was not clear whether the hornets were European or Asian, which have gradually colonised the area since they were introduced 12 years ago in a pottery shipment from China.

Asian hornets threaten the survival of bees, vital for pollination, and their 6mm sting can also dangerous for people.

Hornets are not the only danger that walkers in France need to be aware of.

Each year several hikers are left injured and even killed in attacks by cattle.

In 2013 authorities in France were forced to issue reminders that “cattle are not domestic animals” after a hiker was killed when his walking party was charged by a cow in the Pyrenees.

READ ALSO: The most dangerous animals found in France 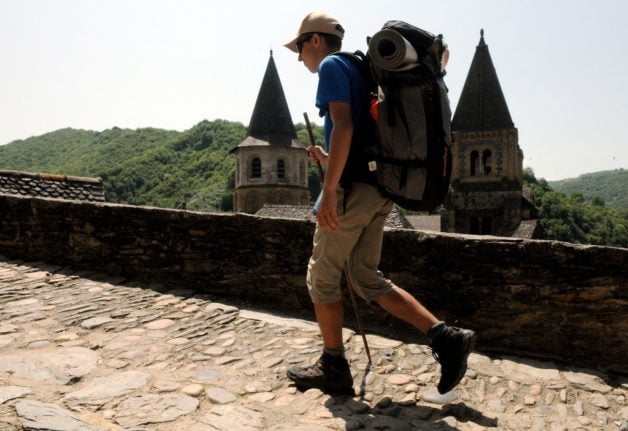