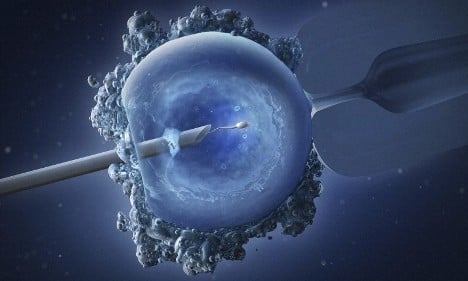 The 30-year-old woman's husband had died of cancer in early 2014, Ouest-France reported.

Since his death, she had battled to preserve her husband's sperm. Although post-mortem insemination is illegal in France, she had reportedly hoped to keep it in case of a change in French legislation

Her lawyer, Amaury Pigot, declined to comment on the decision when contacted by AFP, but said that the widow would not appeal the decision.

In May, France's highest administrative court allowed the semen of a dead man to be sent to Spain to be used for artificial insemination. Under Spanish law, the process is legally allowed for up to a year after the man's death.

The French woman in that case had lived in Paris with her husband, Italian Nicola Turri, where he was able to freeze his gametes prior to starting chemotherapy for lymphatic cancer.

Following his death in July 2015, his wife started her fight to have the sperm exported to Spain where she now lives. A tribunal had initially rejected her application, but this ruling was overturned by the Conseil d'Etat.

And on Wednesday, for the first time in France, a French widow was allowed to export her husband's sperm to Spain. The 30-year-old had lost her husband in January and miscarried their baby just days before her due date.

The hospital said that “exceptional circumstances” meant that not allowing the gametes to be exported would amount to “disproportionate interference” in the wishes of both the woman and her late husband.

Exporting the sperm is not an option for the Toulouse widow, as the legal one-year deadline for carrying out the insemination has passed in other European countries where the process is allowed.

In France, sperm may be preserved for up to 20 years, however it must be destroyed following the death of the man.

UK
UPDATE: Is it possible to drive between Spain and the UK via France?
Url copied to clipboard!