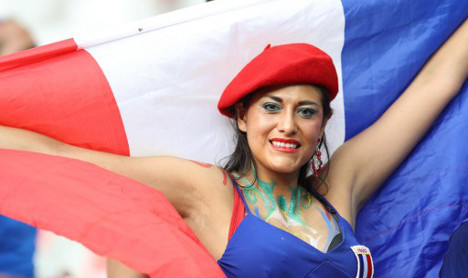 France’s healthy start-up scene is admired around the world and has led to some big name successes like BlaBlaCar. Last year the head of an American multinational even had this to say:

“I believe in this country. France is on the point of profoundly transforming itself,” said John Chambers, boss of US multinational tech giant Cisco.

“We understand market trends. They followed us when we went to India and China and I think that France is the future and other entrepreneurs will follow,” he said.

“I have the impression of seeing Silicon Valley in France.”

French graduates who in the past would have been happy with a career in one of the country’s big companies are now seeking to launch their own. Good news for the future.

Brexit could be good for France Brexit appears to be leaving Britain in an almighty pickle and France has been open about how it plans to profit from the mess on the other side of the Channel. Only last month French authorities announced that they would fast-track the process for British-based financial firms to decamp to France after the Britain quits the EU.

As part of the rolling out of the red carpet for British firms France would even include using available documentation in English and have English-speaking case managers to guide them.

There are hopes the Paris could become Europe’s financial centre if the City of London suffers in the post Brexit world.

France would also expect to increase its influence in Brussels once Britain walks out the door.

In short Britain’s loss could be France’s gain.

The French are having lots of unprotected sex Which means they have the healthiest birth rate in Europe. France’s population grew 10 percent in the decade to 2015, and it's not because of immigration. The country's high fertility rate of 2 children for every woman played by far the most significant role. That’s the highest rate in Western Europe, and higher than the UK (1.98 children) or Germany, where it is just 1.38.

Unemployment will come down

The current record-high unemployment rate is nothing to be positive about but all economists expect that the level of joblessness in France will soon drop. The government’s efforts to lower payroll taxes and make it easier for firms to hire and fire staff and alter working practices are expected to pay off in the coming months.

Growth will go up

OK, the economy is not expected to grow by much in 2017 (1.2 to 1.3 percent) but at least that’s better than this year where growth for the first two quarters has been miniscule. Onwards and upwards. France was the world's biggest tourism destination in 2013 and 2014 in terms of visitor numbers, streaks ahead of the US in second place. The sector employs 1 million people and generates a staggering €43 billion in income.

Sure, it has been hit hard by the terror attacks but even in 2015, when Paris was rocked by two attacks France was still the most visited country on earth. It will always have its beaches, vineyards, chateaux, peaceful villagers, Eiffel Tower; Mont St Michel, Lascaux Caves… the list is endless.

The world can’t get enough of France’s amazing agricultural produce with the industry racking up €11.6 billion in exports in 2013, the fourth highest in the world. That’s up 3.3 percent on a year earlier.

Inequality is not as marked as elsewhere

And that’s due in part to its welfare system, which was hailed in last year’s State of France report.

The 2015 State of France report hails France’s social model in particular its social security system, which it holds up as a model of social protection. It helps create unity and integration in French society and is at the heart of the French identity. During a time of economic crisis the French welfare system “acts as a barrier against a rise in poverty and exclusion”.

French is a growing language Despite what you hear about English invading French, the language of Moliere is actually in fine health. In 2015 it was spoken by 274 million people and the third most widely spoken language in the world after English and Spanish. Furthermore, thanks to population growth in Africa, by 2065 French will have become the 2nd most widely spoken language in the world with an estimated one billion people to be saying oui and non.

France still a big player on the international scene

It may not be able to persuade Russia to stop backing the bombing of Aleppo, but France is still an important influence in global affairs. You just have to look at how president François Hollande persuaded the US and the UK and other countries to step up their fight against Isis in the light of the terror attacks. France and Germany are the clear leaders in Europe and France's presence will only grow with the UK walking away. That famous line from the film Casablanca has never been more appropriate given the “resilience” of the French capital, which was celebrated in a recent study that ranked it above New York as the fourth most appealing city in the world to live in.

“The City of Light radiates as brightly as ever,” read the report describing Paris’s ranking as “the most genuinely surprising result in our report this year – given the serial horrors endured by the city in 2015.

“Despite the terror and pain it suffered, but resolutely resisted and survived in 2015, the City of Light remains as brilliant and lustrous and, therefore, as appealing as ever,” the report said.

“The good ranking of Paris is not due to just a few good elements but to its very strong showing across all the criteria. Its consistent performance was unmatched,” read the report.

And there’s not just Paris…

There’s also Bordeaux. The city in the south west is on the move to the extent that all the Parisians want to move there. There’s also Lyon, voted the best place in Europe to spend the weekend and Rennes in Britain, which The Local revealed as the best city of in France to live as an expat/immigrant/foreigner… (Lyon, the best place in Europe to spend a weekend.)

The famous French cuisine and its position as number one in the world in the sectors of fashion and luxury goods is a major positive for the country, not just for exports but for the tourism industry too. Foreign businesses who set up in France are quick to highlight France’s excellent public services whether it be the transport network or its hospitals.