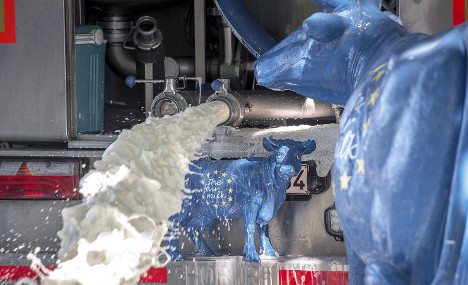 French lawmakers called Wednesday for regulating milk prices in order to deal with the overproduction and sliding
prices since the EU removed production quotas last year.

The parliamentary report supported a mechanism proposed by the trade association European Milk Board that would use a system of voluntary and mandatory production cuts to keep prices from falling too much.

For example, a 15 percent price drop in prices paid to farmers would trigger an tender to remove at least 5 percent of production, with farmers cutting output receiving a payment.

A price drop of 25 percent would trigger mandatory output cuts.

The EU is already paying farmers who voluntarily cut production.

In July, Brussels announced a 500 million euro ($551 million) package to help keep milk farmers afloat, which is paying those who participate 14 cents per litre of cut production.

Other proposals included redirecting some of the EU farm aid funds towards mechanisms that support farmers during periods of crisis.

In July, the weighted average price paid to dairy farmers in the EU was more down than 30 percent from that of July 2014, according to EU data.

Production has continued to climb despite falling prices, rising by 2.5 percent in 2015 and by 3.3 percent in the first half of 2016. 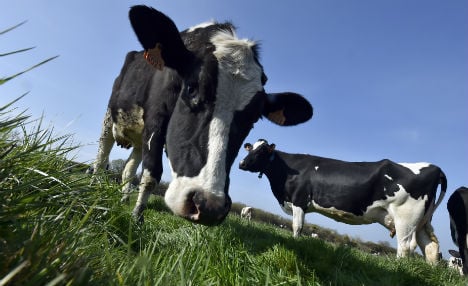 FARMING
China turns to Brittany cows to feed its babies 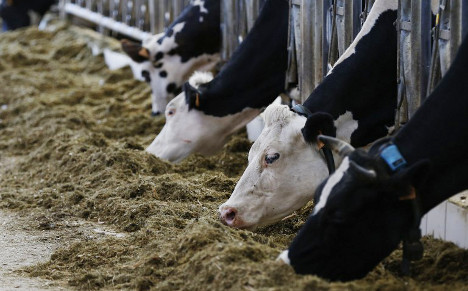 ANIMALS
French cows die after eating all winter stock in one night
Url copied to clipboard!