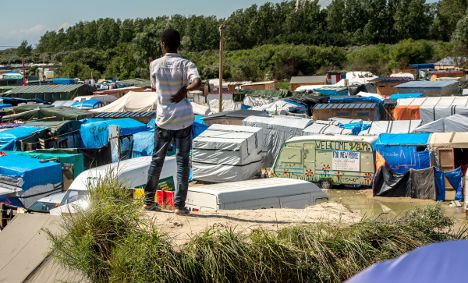 Eleven French charities on Wednesday sought an urgent court order to block the planned demolition of the “Jungle”
migrant camp in Calais, one of their lawyers said.

“This evacuation is an attack on the fundamental rights” of the thousands of migrants in the camp, said lawyer Julie Bonnier.

“Real long-term solutions have not been found, that is what we fear and have feared for some time,” Bonnier added.

“Those who are evacuated are going to find themself without access to healthcare, without rights, their needs unlistened to,” added Bonnier who launched a similar attempt to block the demolition of the southern part of the “Jungle” in February.

The French government is planning to break up the shantytown which is currently occupied by up to 9,000 migrants.

It has become a magnet for migrants trying to reach Britain by stowing away on trucks heading across the Channel from France.

The makeshift settlement has also become a focal point in France of Europe's migrant crisis, the subject of heated debate among politicians and a constant source of tension with Britain.

The seven charities include Emmaus, a French group that works with migrants and poor people.