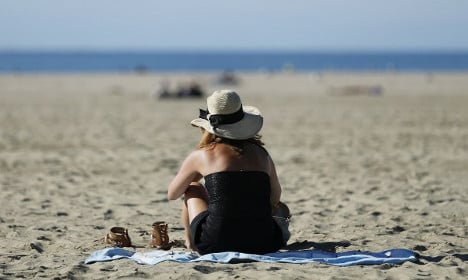 A recent survey concluded the majority of expats who come to France testify to an improvement in their quality of life, for a whole number of reasons, which our readers point out.

But for others, the dream move does not go as planned and often leaves them feeling like a bit of a failure, especially when others are enjoying la belle vie in their new country.

For New Zealand born Frances Harrison, who lives near Chartres in central France and works as an English teacher, her time in her “beloved France” has been one big struggle since she came in 2010 and she says it's OK to talk about regrets.

Harrison who has published a book titled “Follow My Heart: Risking it all for a life in France” had this to say. “Opportunities and experiences are not created equal and for some expats arriving with excitement and a heart full of hope, life turns out rather less than hoped for. It's not helped by the 'Living the French Dream' genre of books available to water your mouth about a blissful life in France.

For many expats the unspoken realities are painful, disappointing, and even heart-breaking. Some feel like failures because their personal experience doesn't measure up to all the success stories of doing up a gite and falling in love while sipping a glass of rosé in the South of France.

You think you've done your homework on your new job but it may end up being a hell-hole garbed in pseudo respectability. You may make every effort to learn French and fit in with their seemingly illogical systems but you find you can't get your carte vitale in time for that hospital visit.

Maybe you're waiting in a sweat at the prefecture for the sixth time this year trying to renew your sixth carte de séjour. You just want to scream when yet another shop assistant gives you the Gallic shrug, c'est comme ça, and walks off.

Making friends can be problematic. The French are often shy and reserved and don't feel the need to include strangers in their social circle.

They tend not to mix professional and private lives which makes it tough trying to make friends at work or get an invitation to their home.

Often the employment systems' rules and regulations seem to obstruct far more than encourage. They seem hell-bent on stopping many of us who are keen to work as much as we want whenever we want. Some of us are totally thwarted from earning a survival living by more than 3kgs of regulations.

Non-EU members face serious obstacles which will never end until they have achieved the grail – naturalisation, if they survive the employment gauntlet that long. Expats married to French nationals can take the cruise lane.

The rest of us find ourselves in permanent panic; an ejecting sword of Damocles hanging over us if we don't find the right sort of work with the right sort of income, because we don't come from the French system or have the right status. How can we put down roots if we are forever worried about our next CDD?

Despite the very real magic of France – its diverse customs, food, the elegant language, those wonderful countryside and historical monuments, you might wonder why you are feeling lonely, like a failure. Where's the time and money to explore what France has to offer? It's a crossroads of Europe but you can't afford to see it.

You ask yourself why you are here. Regrets start to intrude because that dreamy, sparkly and successful, or at least contented, expat-in-France lifestyle as promoted by Peter Mayle and so many others just hasn't happened for you. Welcome to the flip side, the other expat life which is as valid as any other.“

Frances Harrison (aka Frances Lawson) is the author of a book on expat life in France entitled Follow My Heart: Risking it all for a life in France. She is also a devoted blogger on her experiences of life in the French Republic as a non-EU citizen. Visit her blog at http://francesbigadventure.blogspot.fr/ to explore the highs and lows, twists and turns of adventures in France.