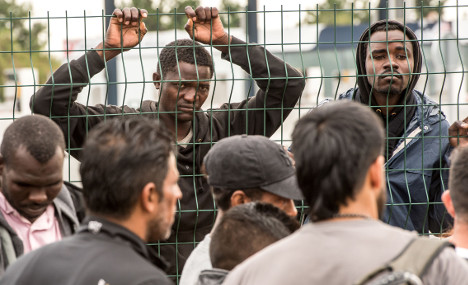 French police were investigating on Wednesday after shots were fired at a building set to host refugees evicted from the squalid “Jungle” camp in Calais.

The gunshots, fired on Tuesday night, hit the facade of a holiday camp building in Saint-Brevin-les-Pins, near the port of Saint Nazaire  on the northwestern French coast, police told AFP.

The building is being converted into a migrant hostel and is expecting to host 70 people evicted from the Jungle camp, which President Francois Hollande has vowed will be dismantled by the end of 2016.

Between 7,000 and 10,000 people are living in the Jungle in grim conditions, hoping to stow away on lorries heading across the Channel to Britain from the northern port of Calais.

No one has yet been arrested over the gunfire incident, which Saint-Brevin mayor Yannick Haury deplored as “unacceptable and irresponsible”.

Plans to open a migrant centre in Saint-Brevin — which Haury said was a decision taken by the central government with no consultation of local authorities — have raised tensions in the small seaside town of 12,000 residents.

Last month some 200 people wanting to express support for the migrants, and a similar number opposing the centre, held rival protests in the town.

But France's plans to house migrants in towns across the country has not proved popular with some locals.

Last month a building Forges-les-Bains, south west of Paris that was set to house 90 migrants was torched. Arson was suspected.

There have also been protests in Versailles, to the west of Paris against plans to send migrants there.

Attacks against buildings hosting migrants have been frequently reported across Europe since the surge of hundreds of thousands of people arriving since 2015, fleeing war and poverty in the Middle East, South Asia and Africa.

Nearly a million people arrived on the continent last year, according to the International Organization for Migration, as Europe battles its worst refugee crisis since World War II.