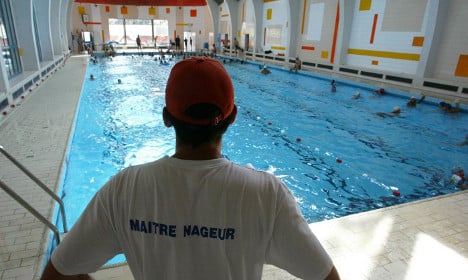 Earlier this month the temperature in the main municipal pools (excluding the pools for beginners) was dropped from 27C to 26C.

While the drop in temperature does not sound like much, Parisian swimmers who frequent the many pools across the city have noticed a big difference.

“I was so numb with cold that I had to leave the pool after 30 minutes,” one swimmer told Le Parisien newspaper. “When my daughter got out of the pool she was frozen like an ice cube.”

One lifeguard at a pool told the newspaper that “many people were complaining, from youngsters in swimming clubs, those who do aqua-gym and anyone who goes for quick dip.

“We too have found the water is too cold. But we have to follow the letter of the law. It’s the same everywhere,” the lifeguard said.

Martins pointed out that 26C is the temperature required for Olympic swimming events so Parisians should not really complain too much.

The mayor of Paris Anne Hidalgo justified the drop in temperature by citing ecological reasons. It is part of her green energy plan for the French capital which includes a target to reduce gas usage by 30 percent.

“The swimming pools are the most energy consuming public facilities because you don’t just need to heat the water and air but also ventilate the atmosphere,” said Martins.

One Parisian pool has been more inventive than others in its bid to save energy.

The Aspirant-Dunand pool in the 14th arrondissement is being heated by water from Paris sewers, a move that has led to its electricity bill being cut by 50 percent.

A new heat pump was installed at the pool with technology that allows the heat from water in the sewers – which is normally between 13C and 20C to be used to heat the pool and the showers.

Although perhaps they would save even more money if they just used the water from the sewers. However that is not on the cards just yet.