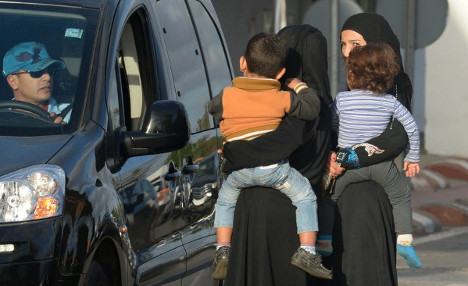 File photo: AFP
Over the last year, an increasing number of men, women, and children are seen begging for change on the sides of the main roads entering Paris, particularly in the north of the city.
Many hold signs reading “Syrian Family” and “SOS Syrians” as they slalom between several lanes of traffic at all hours of the night and day.
Motorists are forced to drive carefully to avoid mothers carrying babies who often have several children in tow.
Numerous beggars on the Paris Metro have also held similar signs in a bid to solicit a little more sympathy and spare change given the crisis in the Middle East country.
While some of these men, women and children are indeed Syrian, the vast majority, according to French police, are from Eastern European countries such as Romania.
Locals in the neighbourhoods on the edge of north eastern Paris have raised concerns.

“At Porte de la Chappelle, they run in between cars, carrying infants, kids trailing behind them,” said Oliver, the head of a tenant’s group on Boulevard Ney in the 13th arrondissement, told Le Parisian newspaper.
“Even at night. It’s a miracle there aren’t more accidents, especially in areas with heavy traffic.”
Since the spring however, local police have organized operations to crack down on the begging.
The most recent, at Porte de Pantin in the 19th arrondissement, led to the arrest of five adults  – only one of which was Syrian, the rest Romanian – after a child ran into the street and was hit by a car while local officials were patrolling the area.
“Romanians arrested at the gates of the capital all admit that they try to pass as Syrians for money reasons,” a police source told Le Parisien newspaper. 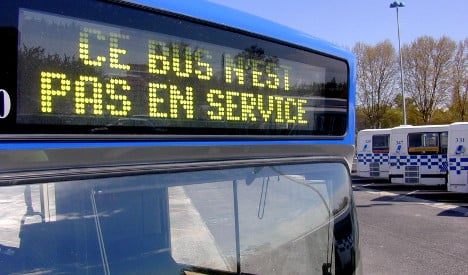 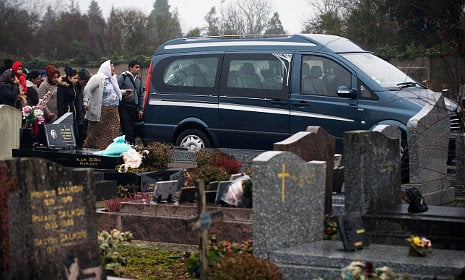