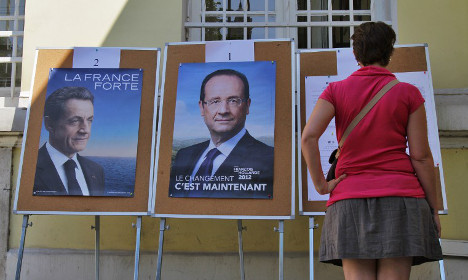 The presidential election fight of 2017 will be slightly different to previous years after France’s top court introduced a new set of rules.

The main difference from a voter’s point of view will be the extended voting hours.

Polling stations in most of France used to close at 6pm apart from in big cities like Paris where they remained open until 8pm.

But the Constitutional Council has decided that from next year polling stations around the country will stay open for an extra hour, until 7pm. In the big cities the closing time will still be 8pm.

Authorities in smaller towns can apply to keep their voting stations open until 8pm.

The move to keep them open the extra hour is to try to prevent the initial results being leaked out.

In France it is illegal to publish any kind of exit poll or initial results until 8pm, when all voting stations are closed. These results are considered accurate enough to be taken as the correct outcome, meaning the winner of the presidential election is announced dead on 8pm when his or her picture will be shown on TV screens.

The Constitutional Court hopes by allowing the voting booths to stay open around the country until 7pm it will reduce the chances of the presidential election results being announced prematurely.

Wealth to be made public

Presidential candidates will also have to be prepared to have their wealth made public. In the past it was only the candidate who was elected president who had to divulge the value and make-up of his estate but now all candidates will have details of the various houses and prized artworks laid bare, before the first round.

Other changes in the rules surround the method of gathering “sponsors”.

Candidates who want to run for the presidential election must gather the signatures of 500 election officials from around France – known as “parrainages”.

In the past signatures had to be given to the constitutional council in person on Rue Montpensier, next to the Palais Royal but from now on it will be done by post using a simple form, sent out to all elected officials around February 20th next year.

The candidates have until March 17th, around six weeks before the first round of voting, to gather enough signatures.

The rule change is aimed at avoiding the kind of “horseplay” and theatrics that certain candidates have resorted to in order to create some suspense and of course publicity.

And from now on the names of all sponsors will be published whereas in the past only a selection were published at random. This change is seen as aiding the transparency of the process. The limits on campaign spending were also announced.

Candidates cannot splash more than €16.8 million on their election campaigns for the first round of the vote and those who pass to the second round must not spend over €22.5 million.

In a bid to avoid the kind of scandal that has engulfed the funding of Nicolas Sarkozy’s failed election campaign of 2012, a special commission will keep a tight watch on the money.

Former foreign minister Laurent Fabius who is head of the constitutional council also said some 2,000 magistrates will be chosen to run the polling stations and make sure everything is done by the book.

“After the vote the results will be handed over to the constitutional court, we will check them and examine any complaints. Depending on the gravity of each case, results may be partially or totally annulled.