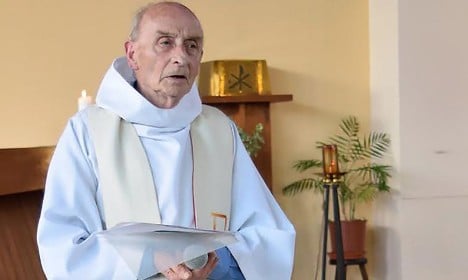 Photo: AFP
Normally the Vatican observes a five-year “cooling off” period after the death of a candidate for sainthood before launching the process for beatification, the first step on the way.
However the pontiff, who was in Azerbaijan on Sunday during  a Caucasus tour, has agreed to make an exception in Hamel's case, according to the sources.
Speaking at the Vatican last month, Pope Francis called Hamel “a martyr”, describing him as a “good, gentle man”.
The jihadists slit the throat of the 85-year-old priest on July 26 while he was presiding over an early morning mass for a handful of parishioners in Saint-Etienne-du-Rouvray, near Rouen in northern France.
Hamel's attackers, Adel Kermiche and Abdel Malik Petitjean, both 19, were shot dead by police. The Islamic State group subsequently claimed they had murdered the priest on its behalf.
The church reopened on Sunday, more than two months after the murder, with emotional observances led by Rouen Archbishop Dominique Lebrun.
While praising Hamel in his comments last month, the pope said: “How good it would be if all religious confessions declared that killing in the name of God was satanic.”
Only two other candidates for Catholic sainthood have been put on the “fast track”.
Pope John Paul II, who died in 2005, was made a saint in 2014, while Albanian nun Mother Teresa, who died in 1997, was canonised last month.
As Hamel is considered a “martyr”, his beatification and sainthood dossiers will not require proof of miracles, as in the case of the other two who needed one “accepted” miracle for each dossier. 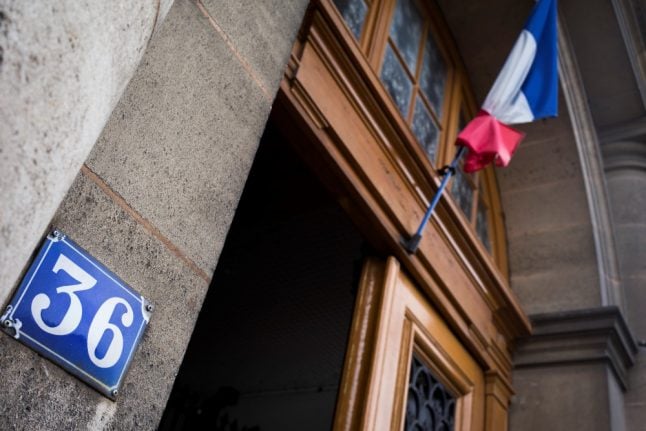