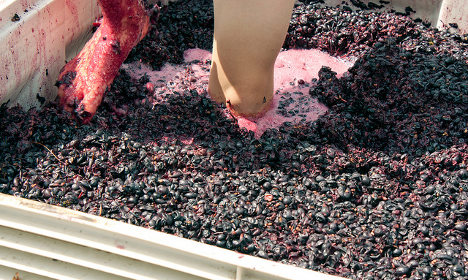 Photo: Rexness/Flickr
“Caution: Grape juice”
So reads road signs put up around the town of Duras in the Lot-et-Garonne department of south-western France.
The sign is accompanied by a picture of a car that has lost control, presumably due to the slippery conditions on the road.
According to the Sud-Ouest newspaper, the signs were put up by farmers around the hilly town because of all the grape juice that spills from the trucks transporting the fruits of the harvest.

The signs are only up for the duration of the harvest, before they're taken down and drivers have to worry about the effects of the wine on their driving instead.