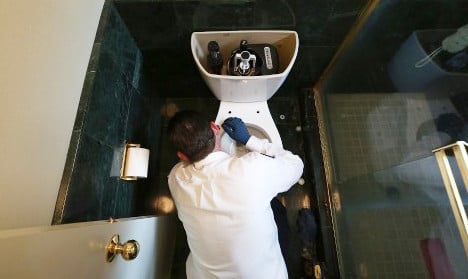 All photos: AFP
Leaky pipe? Broken light switch? Lost your keys?
Well the government doesn't want you to be left with an eye-watering bill after the home repair worker has visited.
Secretary of state for consumer affairs, Martine Pinville, launched a campaign on Tuesday in the hopes of informing the French public how best to get repairs done at home.
“The home repairs industry is generally a source of too many problems for consumers,” she told Le Figaro newspaper.
Indeed, repair technicians including plumbers, electricians, and locksmiths are regularly taking advantage of customers.
French competition and consumer protection body DGCCRF reports that there have already been 8,845 customer complaints this year alone.
“When you need a repair in a hurry, unscrupulous professionals can take advantage of your distress as a consumer,” the body reported.
“Those affected can be hit by a bill of several thousands of euros per person.” One expat reader of The Local said he was stung recently by a “dodgy tradesman” after getting locked out of his Paris apartment.
“It was late on a Sunday and we called a number for a locksmith that was posted on the wall of our apartment. It must have been a central number because about 20 locksmiths called back. We said yes to a guy who said he was five minutes away and who quoted us €190,” the expat said.
“Then, this big bloke arrived on a tiny scooter, came up the stairs, and tried to use X-ray paper to bust open the lock while kicking at the door. He couldn't get it open, but charged us anyway. And he didn't have a card machine so we had to follow him to an ATM. We ended up staying in a hotel until our landlord could finally help us the next day.
“We lost €190 to the locksmith and it seemed so dodgy. And he asked if we had insurance before telling us it would have been €500 if he drilled through the door. We refused.”
But it's not just consumers getting overcharged. The DGCCRF noted that there had been an increase in consumer complaints of verbal abuse from tradespeople and even threats.
The government urges people to take several precautions before even making a call.
First: Forget the leaflets that you've got in the mail – they can be crooks who have arranged themselves good reviews online. Trust recommendations or ask a relative or friend who they use.
Consider using a professional network of maintenance workers, like Capeb or Synadep.
Second: Ask for a quote on the phone. The only time you shouldn't do this is if it's a case of absolute emergency.
Those who don't ask for quotes are regularly among those launching complaints.
Lastly: Have an idea of what you're getting yourself in for and read up on your rights.
French consumers group UFC Que Choisir has a set of reasonable estimates, ranging from €110 to €130 for getting into a locked door, €300 for a blocked toilet (or €600 if they need to bring a truck too).
The group advises that it's often more economical to spend a night in a hotel than to call out a locksmith late at night to let you back into a locked house, or to turn off the water tap at the mains to stop a leak overnight.
And don't forget, you are entitled to a receipt for any job that costs over €25, and you're allowed to keep any old parts that get replaced. 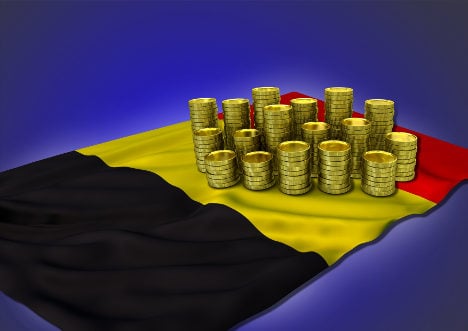 APARTMENT
Renting: How far would your money go outside Paris?
Url copied to clipboard!