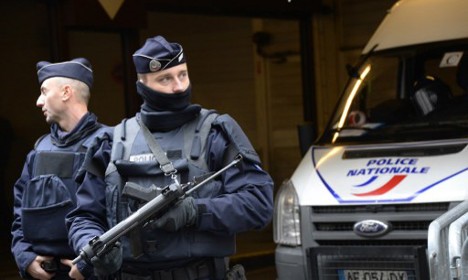 Gunfire erupted at around midday in front of a supermarket in Port-Marly, a suburb to the west of the French capital.

According to reports the individual pulled up in a vehicle before opening fire on a 57-year-old female cashier and then targeted a 73-year-old man.

Both were left seriously injured and were rushed to hospital.

The gunman, believed to be in his 70s, fled the scene and was holed up in his apartment. He is believed to have been a regualr customer at the supermarket and was known to police and has a criminal record.

The motive for the shooting was described in reports as a “personal dispute”.

A rifle was found in his car and a specialist police SWAT team surrounded his apartment and eventually the suspected gunman gave himself up. Port-Marly to the west of Paris. Photo: GoogleMaps