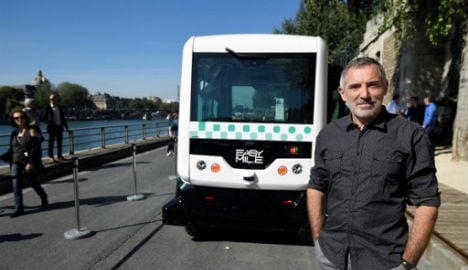 Gilbert Gagnaire, Director General of Easy Mile, poses in front of his driverless EZ10 minibus. Photo: Eric Feferberg/AFP
The electric-powered driverless EZ10 minibus, able to carry up to 12 passengers, has already been tested on closed circuits in Japan, Singapore and California and in a road test in Helsinki.
One of the self-driving shuttle buses, made by French hi-tech firm Easymile,  will on Saturday run along a special circuit in Paris on a pedestrianised street near the River Seine.
The bus will travel at 25 kilometres (15 miles) an hour and for RATP, the transport authority for the Paris region, it is the start of a series of tests.
The second test, to be held in the French capital before the end of the year, will see the  EZ10 running between two major transport hubs, the Lyon and Austerlitz train stations.
“The autonomous vehicle presents an opportunity for new services notably in less densely populated areas,” RATP president Elisabeth Borne said in a statement.
The east-central French town of Lyon carried out its own test on a driverless minibus this month. 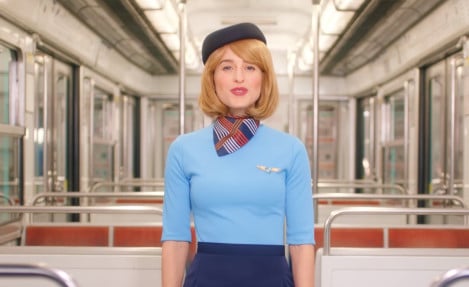 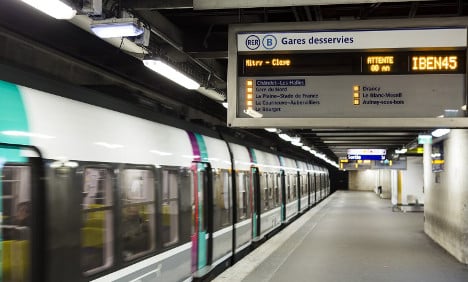