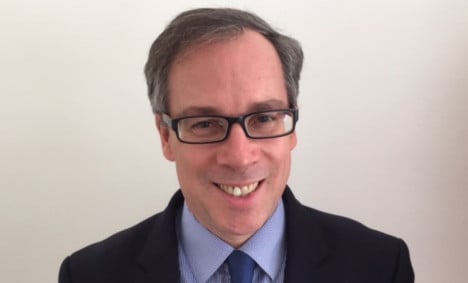 Photo: gov.uk
Meet 51-year-old Edward Llewellyn, the man taking over the British ambassador position from Sir Julian King, who was recently appointed as European Commissioner.
Foreign Secretary Boris Johnson said on Friday that Llewellyn was “hugely well qualified” for the new role.
“He has served his country in Bosnia and Hong Kong and has extensive experience of Europe. He will help us make a great success of Brexit while ensuring that Britain is more engaged in the continent of Europe than ever,” he said in a statement.

Edward Llewellyn has been appointed Her Majesty’s Ambassador to #France https://t.co/BufxUGCqVS pic.twitter.com/LQ1bewOrGR

Llewellyn himself said he was honoured by the appointment.
“I look forward to representing British interests and to building on the very strong relations our country has with France,” he said.
“As we embark on a new chapter with the UK’s departure from the EU, I will work hard to strengthen our cooperation and to address the many common challenges facing our two nations.”
Llewellen studied at Eton College and then at New College, Oxford.
He was appointed as the chief of staff to David Cameron while he was in oppositon, and continued as Cameron's chief of staff until his resignation. Llewellen was appointed a life peer in August in the 2016 Prime Minister’s Resignation Honours.
Llewellen and his wife Anne have three children.
Url copied to clipboard!