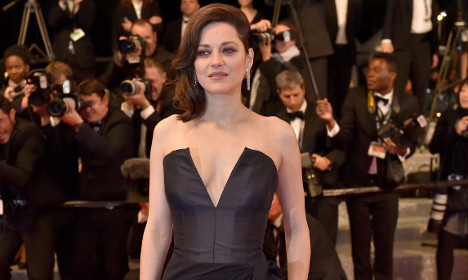 French actress Marion Cotillard has rebuffed suggestions that she helped cause the split between Brad Pitt and Angelina
Jolie by having a fling with the A-list actor.

“This is going to be my first and only reaction to the whirlwind (of) news that broke 24 hours ago,” she said on Instagram late Wednesday.

“Many years ago, I met the man of my life, father of our son and of the baby we are expecting,” wrote the 40-year-old Cotillard, who has been with her partner Guillaume Canet since 2007.

“He is my love, my best friend, the only one that I need,” she said.

Soon after entertainment website TMZ reported Tuesday that Pitt and Jolie were divorcing, speculation arose of an affair between Pitt and Cotillard.

They are co-stars in the soon-to-be-released wartime thriller “Allied”, and filmed together in London.

Though Pitt and 41-year-old Jolie married two years ago, they have been a couple since 2004 and have six children together, three of whom are adopted.

Cotillard wrote: “I do very much wish that Angelina and Brad, both (of) whom I deeply respect, will find peace in this very tumultuous moment.”