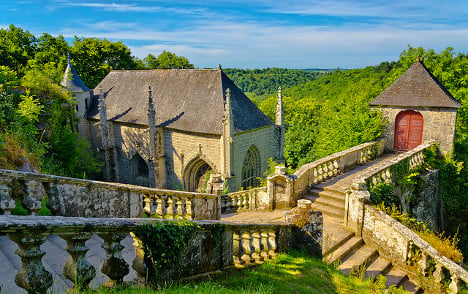 The majority of tourists in France prefer to stay in larger, countryside regions than in major cities, according to new statistics from Airbnb.

It remains unknown if this shift is simply due to more rural home owners joining the Airbnb craze, or indeed if the ever-stricter Airbnb laws in places like Paris are finally taking their toll on hosts.

In any case, the countryside is the place to be, it seems. Here are Airbnb’s ten most popular countryside destinations this year.

This small department on the Southern coast is ideal for adventurers and athletes. Popular activities include kayaking on the Hérault River, cycling or strolling along the historic Canal du Midi, and discovering the ancient limestone cave, La Grotte des Moiselles. More and more tourists are drawn this protected, national park region to the West for its iconic lavender fields and postcard-worthy, medieval villages, such as Gordes, Lourmarin, and Roussillon. French and Spanish culture, cuisine, and joie de vivre combine in this southwest region along the Pyrenées. Surfers flock to Biarritz for its world-famous waves, St. Jean de Luz is a must-see, and you're only a quick trip away from Spain's beachside town of Saint Sebastian. An easy drive or train ride from Paris, the Loire Valley is the most popular destination in France for wine lovers and French history buffs. Tourists spend the day cycling around the world famous chateaux, such as Chenonceau and Chambord, wine villages of Saumur, Anjou, and Sancerre, and the friendly village farmer’s markets. What Normandy lacks in climate, it makes up for in attractions and nautical charm. Calvados is home to the ritzy casinos and hotels of Deauville and Trouville, but also to quaint towns of Honfleur and Caen, where you can enjoy fresh oysters with the apple flavored liquor of the same name, while overlooking the docks. If you’re in the Loire Valley, this Atlantic seaside commune is only a few hours drive West. Known for its expansive, sandy beaches, water sports like stand-up paddle boarding and sailing are popular here, as well as exploring its cobblestoned backstreets and impressive villas. This increasingly popular region to the East draws wine enthusiasts to its villages of Beaune, Chablis, and Nuit-St-Georges, as well as its historical city of Dijon. Between Marseille and Nice on the Cote d’Azur, St. Tropez is a favorite among jet setters and yacht-riding celebrities. But for non-A-list visitors, there are plenty of public beaches, footpaths, hidden villas, and quiet swimming holes to enjoy. The northern coastline between Cancale and Saint Michel is named for its emerald waters and jagged cliffs, serving as inspiration for impressionist painters in the 18th century as well as hikers and backpackers today. The medieval ramparts of Saint Malo are also popular for a one or two day trip. The Emerald Coast, or as it's known in French, the Côte d'Émeraude. Photo: Martine/Flickr

A lesser-known attraction of the Bretagne region, tourists sail around the small, enclosed sea of the same name, and explore the city’s Carnac stones, which predate those of Stonehenge.