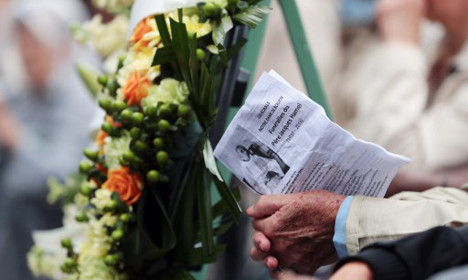 Photo: AFP
“They are associates of the perpetrator. We are carrying out checks and they are in custody,” the source said.
“They are all men, of French and Tunisian nationality.”
The men were arrested in Nice and in the neighbouring towns of Saint-Laurent-du-Var and Cagnes-sur-Mer.
Police were also searching properties on Tuesday, the source said.
Mohamed Lahouaiej Bouhlel, a 31-year-old Tunisian, rammed a 19-tonne truck through a crowd of more than 30,000 people gathered on the seafront Promenade des Anglais in Nice on July 14 before police shot him dead.
The Islamic State group claimed he was one of its followers.
Bouhlel was initially thought to have planned the attack alone but anti-terror investigators later said he had received help from several people and had spent several months planning it.
Six people have already been charged over the attack.