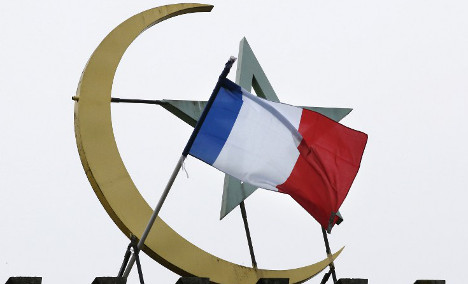 A new Ifop opinion poll based on the results of an unprecedented survey of French Muslims has produced some interesting results.

While it revealed that the vast majority of French Muslims accept the country's Republican values, some 30 percent were in “revolt” against the secular values.

Based on the poll's results the Institute Montaigne, a liberal think tank, has drawn some conclusions about what could and should be done to help create a “French Islam”.

The question of whether Islam is compatible with French values has long been a hot button issue in France but even more so after a string of terror attacks and the divisive row about the burkini.

“Islam of France must become French. Today it is not,” reads the report by the think tank, which aims to develop policy in the areas of social cohesion.

Here are the suggestions for how it can be done. Many of them will be controversial to France’s supporters of secularism. (Click here to read the full report in French)

The idea of this proposition would be to lessen the attractiveness of Arabic courses that are offered in mosques or private and often unregulated Koranic schools. The Ifop survey suggested many Muslims in France want their children to learn Arabic and by teaching it in schools it would help break the notion that Arabic has become an “identity language” of young radicals, the think tank argues.

If the language is taught in public schools it would also help to disassociate it from religion and help it be seen just a second language that thousands of pupils could learn to help boost their job prospects, the Institute says. The imam would have to be French and would lead the way in developing a French Islam that is compatible with Republican values of liberty, equality, fraternity and of course secularism. He would speak “for the silent majority who are integrated in Republican France and who are the first victims of Islamists and religious radicals”.

3.       Create a junior ministry for religious affairs and secularism

This would be placed under the stewardship of the French Prime Minister and would essentially be aimed at improving relations between the government and local authorities in France and religious groups. It would make sure the 1905 law around the separation of church and state is upheld but also be in charge of handing out visas to foreign imams and checking on religious organisations.

4.       Create a national school for chaplains

The school would be in charge of training and recruiting chaplains that work for the state. This would mean the training and nomination of chaplains, who represent different religions in places like hospitals and prisons, will not be carried out by religious groups, but by the state.

5.       Create more areas for Muslims to be buried in public cemeteries

More Muslim areas in cemeteries allow people to be buried in France, which the think tank says represents a symbolic attachment between them and France and is a sign of integration.

6.       Extend the concordat in eastern France to include Islam

France’s strict law of secularism dating from 1905, doesn’t actually cover all of the country, because at the time Alsace-Lorraine in the east was actually a territory of Germany.

And in this territory there is still a concordat that gives official status to certain religions – Christianity – Catholic, Lutheran and Reformist as well as the Jewish religion.

This means religious lessons are taught in schools, although they are optional and ministers in each religion receive a salary from the government. This should now be extended to cover Islam says the Institute Montaigne, so it can benefit from official state financing in this region. If the government allows the financing of Islam, meaning construction of mosques, salaries and training of imams through a tax on halal consumption, it would help “French Islam adopt a theological line compatible with French society” and break with the “more hardline discourse put forward by other states.”

In a bid to improve knowledge of the Muslim faith in France the institute says the government must drop its reluctance to take statistics based on religion, which is currently forbidden by law. This simply prevents useful information from being built up on the country’s followers of Islam.

A text book that could be used in schools that incorporates the roles of Italy, Spain, France Morocco, Algeria and Tunisia would help show the positive cultural and religious links between the two sides of the Mediterranean.