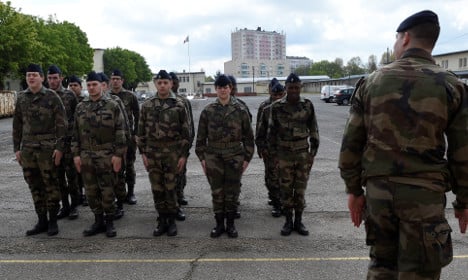 Several candidates to be the next president of France are calling for the return of military service.

That's because the idea has proved popular among a French public left on edge after a string of terror attacks and drawn by the notion that military service could help provide unity, cohesion and good old-fashioned values.

But while candidates, including the Socialist Arnaud Montebourg, talk of a new military service open to all, ex-president Nicolas Sarkozy, who is battling to return to the Elysée Palace, has gone even further by calling for it to be obligatory for those whose drop out of school.

Speaking on live TV last night Sarkozy reaffirmed his plan to introduce obligatory military service for six to 12 months for all those who leave school without qualifications and are out of work or training.

“The 100,000 drop-outs per year, aged between 18 and 25 years old, will have to undertake obligatory military service,” Sarkozy told L’Emission Politique.

On his campaign website, Sarkozy, who is running to be the centre-right Les Repubicains party presidential candidate, gave more details about what he describes as an “adapted military service”.

“From the age of 18, anyone who does not have their baccalaureate, who is not in an apprenticeship, training or an internship, will undertake an adapted military service where they relearn the rules of living together.”

Sarkozy has previously said that those in military service will learn to “get up early, respect discipline and even speak French.”

According to recent figures, each year some 110,000 youngsters leave the French school system without a qualification. Five years ago the number was as high as 136,000.

But while his plan may prove popular with a French public who fear more terror attacks and their impact on a society in which cracks all too easily open up, it may not be as feasible to restore the service that was ended 20 years ago.

For a start there is the cost. Some estimates have put it as high as five to six billion euros a year, while other estimates put the figure at €1.6 billion. Sarkozy himself believes it would cost €400 million

There is also the lack of infrastructure to cater for some 100,000 young men and women, who would be conscripted for several months.

Many army barracks have either been converted into other uses or knocked down.

Historian Bénédicte Cheron pointed out to Les InRocks magazine that there were simply not enough current soldiers to be able deal with and train thousands of new conscripts.

“They will need to occupy these youths for several months. What are they going to do with them all? And for what goal?” she told the magazine.

Legal expert Nicolas Hervieu also pointed out that the fact that only a certain sector of the population would be targeted would also provoke issues.

“To target just one part of the population on their supposed idleness or inadequate training is against our constitution and the European Convention of Human Rights,” Hervieu told Europe1.

However Hervieu says Sarkozy could easily get round it by making the military service a condition of the granting of certain state benefits.

And what about the arms? Would those on military service, who would presumably be tasked with easing the pressure on soldiers currently employed to protect sensitive targets, be given weapons?

Experts point out that most arms these days are incredibly sophisticated and anyone using them would need a great deal of training before being allowed to carry one.

These are all issues Sarkozy will have to confront if he is elected president next May.

First though he faces a tough fight against Alain Juppé, the mayor of Bordeaux, to become the presidential nominee for Les Republicains party.

Juppé is ahead of the polls but Sarkozy has been closing in fast in recent weeks.

Members of the party will vote on their candidate in November.

In the meantime pupils in France might want to get their heads down and study if they don't fancy the idea of joining the army. 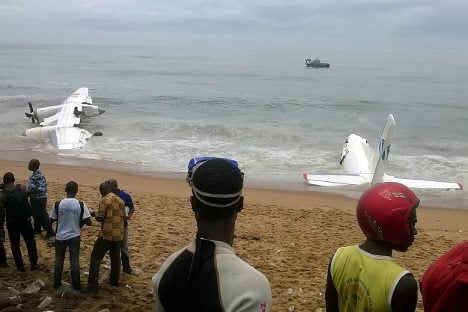