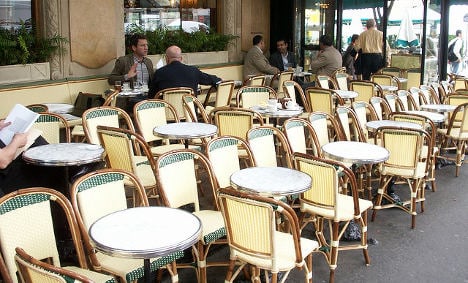 The impact of the terror attacks on tourism is clearly worrying the French government.

France does not normally need to devote too much energy nor money to promoting itself as a tourist destination, given it is still the world’s most visited country.

But the impact of the devastating terror attacks in Paris and Nice on the French Riviera – two of the most popular places for visitors – has forced them to take action to preserve their vital industry.

French foreign minster Jean-Marc Ayrault met with leaders of the tourism sector this week as part of the “Emergency Economic Committee for Tourism”.

The meeting was specifically dedicated to the Paris/Ile-de-France region and the Nice/Provence-Alpes-Côte d’Azur.

Following the meeting Ayrault announced that a further €10million would be made available for the promotion of France as a tourist destination.

Ayrault said the major actors of the tourism industry, including rail operators SNCF, hotel chains and Atout France, the organisation which promotes the country, are all motivated to bring back visitors.

SEE ALSO: How to show solidarity with France? Don't cancel your trip “Although we have identified the problems, the desire is to spread a positive message to promote France as a tourist destination,” said Ayrault.

Overall France has seen an eight percent drop in the number of arrivals in the country since the beginning of the year, although the number of tourists staying away from Paris is even higher.

A report in August suggested that the Paris tourism industry had lost some €750 million alone since the terror attacks.

France’s tourism industry is worth €170 billion, with the hotel/café/restaurant sector worth €90 billion alone. It is also responsible for creating two million jobs whether directly or indirectly.

France welcomed some 85 million tourists in 2015 – despite the two high profile terror attacks in Paris.

Last year former foreign minister Laurent Fabius said he aimed to pass the 100 million mark by 2020 but with visitors, especially wealthy ones, having doubts about visiting, that magic number may be difficult to reach.